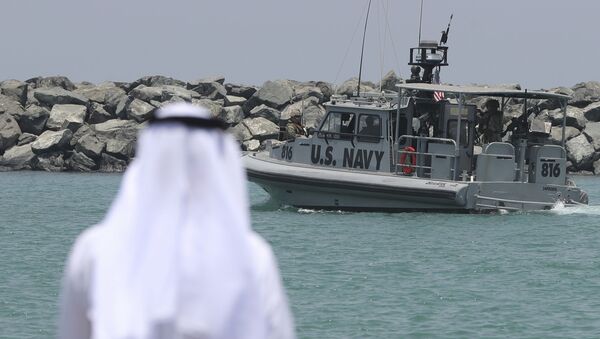 Oleg Burunov
All materialsWrite to the author
Tensions in the region escalated earlier this year after commercial tankers were sabotaged in the Persian Gulf, with the US blaming Iran for these attacks, while Tehran rejects the accusations, claiming that they were a bid by the US and its regional allies to escalate the situation.

In an article published by The Financial Times on Thursday, Iranian Foreign Minister Javad Zarif specifically focused on ways to resolve tensions in the Strait of Hormuz, lamenting the fact that “for too long, foreign forces have come to our region to project their power, not to protect our people”.

“We can, collectively, choose to remain on this path of instability and tension, and await the unknown. Or, we can instead choose peace, security, stability, and prosperity for all”, Zarif pointed out.

He referred to the Hormuz Peace Endeavour initiative proposed by Iran’s President Hassan Rouhani at the UN General Assembly in September, touting Tehran’s efforts to “provide a solution to what appears — but in fact is not — an intractable problem.”

“To be successful, this effort requires universal observance of the purposes and principles of the UN charter. We will all need to commit to respect each other’s sovereignty and territorial integrity, the inviolability of our international borders, and the peaceful settlement of disputes,” Zarif said.

He warned the sides against the use of force or “participation in coalitions against each other”. According to Zarif, the regional players should stick to “mutual respect, mutual interest, and equal footing in all aspects of our relations and interactions”.

“We must build consensus at various levels about the parameters of the Hormuz Peace Endeavour, and then collectively launch and implement it. So Iran proposes setting up meetings of experts, think-tanks, the private sector, senior officials, ministers and heads of state to deliberate on common objectives,” he added.

Zarif claimed that these steps could “help articulate a collective approach to opportunities and challenges such as energy security and freedom of navigation for all.”

He called for promoting arms control and security-building measures, establishing a zone free of weapons of mass destruction, as well as preventing and resolving regional conflicts. Zarif expressed hope that the sides “can begin with — or work towards — the signing of a Hormuz Community Non-Intervention and Non-Aggression Pact.”

The top Iranian diplomat suggested that the proposed joint task forces will be able to make practical steps on these objectives and “gradually build confidence and expand co-operation.”

“These task forces can develop mechanisms and procedures for co-operation on common security and regional conflict prevention and resolution. They can include hotlines, early warning systems, military contacts and the exchange of data and information. Another task force could bring us together in order to combat the drug trade, terrorism, and human trafficking,” Zarif stressed.

He concluded by urging regional state leaders to join Iran “in forging a blueprint for peace, security, stability and prosperity.”

Strait of Hormuz Tensions Show No Sign of Ceasing

The Iranian Foreign Minister’s remarks come amid the ongoing tensions between Iran and the US and its allies in the Strait of Hormuz, which escalated earlier this year following a series of suspected tanker sabotage attacks off the coast of the United Arab Emirates in mid-May.

The US, which announced that it would be deploying a carrier strike group to the Middle East about two weeks before the May attacks, blamed Iran for the sabotage. Tehran responded by rejecting the accusations and accusing the US and its allies of deliberately exacerbating tensions.

In July, tensions were exacerbated further after Iran’s Islamic Revolutionary Guard Corps (IRGC) seized a British-flagged tanker in the Strait of Hormuz, accusing it of violating maritime rules. 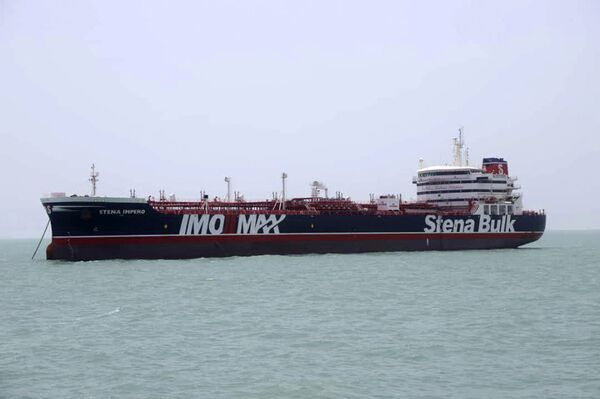 The seizure followed the detention of the Iranian tanker off Gibraltar, with London responding to the seizure by announcing the formation of a European-led naval coalition in the Persian Gulf, but later dropping the idea in favour of a US-led mission.

Tehran has, for its part, repeatedly warned countries from outside the region to stay out of the Gulf, insisting that local states have the necessary resources to ensure the safety and freedom of navigation of commercial vessels in the area.