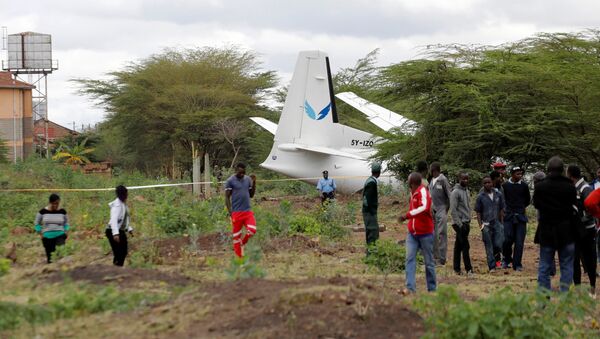 A plane belonging to the private Silverstone airline crashed in Kenya, and several passengers were injured, according to the local radio station Capital FM.

The crash occurred on Friday morning after the plane left Wilson Airport in Nairobi. It is reported that the plane was heading for the city of Lamu.

"The Aircraft Accident Investigations Directorate, under the Ministry of Transport, Infrastructure, Housing, and Urban Development, is carrying out investigations to establish the cause of the accident," Kenya Airport Authority (KAA) officials said.

​According to the radio station, several passengers were injured. They were taken to local hospitals. The exact number of victims is not specified.