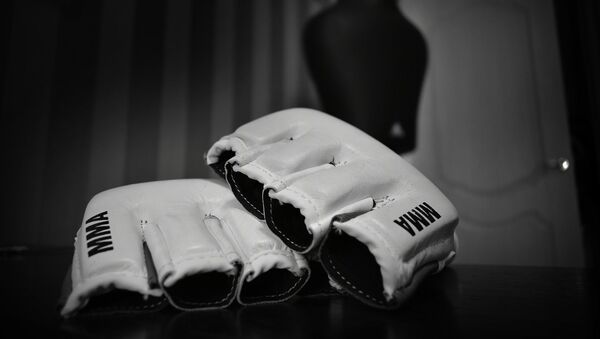 CC0 / /
Subscribe
The fighter also remarked that she previously didn’t feel comfortable in her “own skin”, but that changed when she entered the world of mixed martial arts.

A female mixed martial arts fighter “Meatball” Molly McCann has revealed the extent of her desire to succeed in sport and to secure a better lot for her family by putting her life on the line, The Daily Mail reports.

According to the newspaper, Molly, who makes an appearance in a new BBC Three documentary called “Inside the Cage: The Rise of Female Fighters”, explained how she was raised by her single mother, “a struggling addict” who managed to sober up and turn her life around.

“Watching her not sit in self-pity and watching someone strive for greatness, I am who I am because of her and because I've seen what she's done. I won't stop until I've got my mum a house”, said Molly, who was described by the newspaper as “a poster girl for MMA in the UK.“ “If there's an opportunity that I can provide a life for me and my family that we never thought possible, you quite happily go in there and if you die, you die.”

Describing the not insignificant number of injuries she sustained - including a broken metacarpal, a deviated septum, broken eye socket, broken toes and fingers, a bulging disc in her back and a torn rotator cuff, not to mention stitches in her eyelid and under her eye – McCann argued that it is “not a lot,” and explained how she turned to MMA to improve the quality of life for herself and her family.

“When I was a kid I wasn't academic, and the way I transferred my skills the best way I could into a positive outcome would be competing in sport. Where I felt I could express myself was on a football pitch with a ball, in a boxing ring, it weren't showing off, it were me expressing myself,” she said. “Until I started MMA I wasn't comfortable in my own skin, and when I found this I became comfortable in my own skin.”