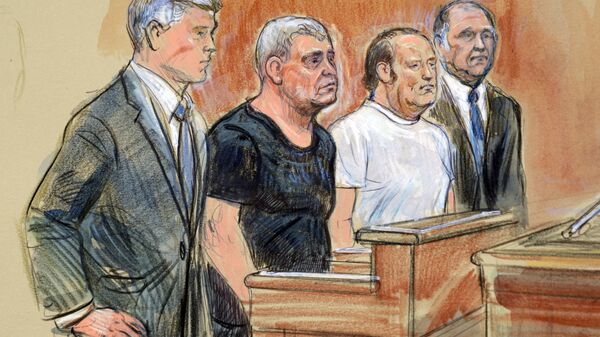 "I don’t know those gentlemen", Trump told reporters on Thursday. "I don't know them. I don't know about them, I don't know what they do. Maybe, they were clients of Rudy. You'd have to ask Rudy. I just don't know".

Earlier, US authorities announced that four businessmen were indicted over campaign finance charges including Parnas and Fruman who were both arrested at an airport outside Washington, DC on Wednesday.

Parnas and Fruman made their initial appearance at the US District Court for the Eastern District of Virginia on Thursday. Later on Thursday, the two men were released on a $1 million bond each.

The next hearing in the Parnas and Fruman case is scheduled for October 17 at 3:00 p.m. (7:00 p.m. GMT) at the US District Court for the Southern District of New York.