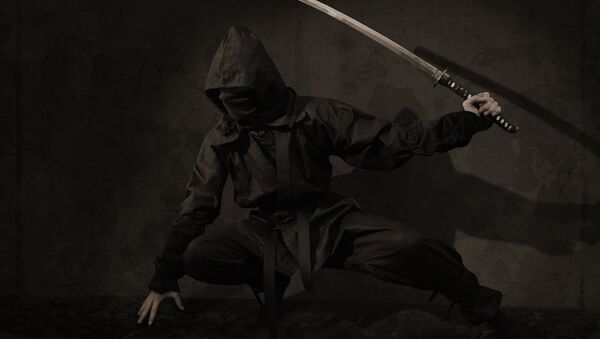 CC0 / /
Subscribe
There was nothing on the sheet of paper the Japanese professor received from the student. The teacher admitted that he did not fully read the submission.

A Japanese student from Mie University received a top mark after she handed in what appeared  to be a blank essay concerning a visit to a ninja museum, The Asahi Shimbun reported Wednesday.

According to the report, 19-year old student Eimi Haga resorted to an old ninja technique called “aburidashi,” after she heard that the teacher would give high marks for creativity. Aburidashi involves the creation of invisible ink from soybean extract.

Ninja student gets top marks for writing essay in invisible ink: Eimi Haga handed in what looked like a blank sheet of... https://t.co/qx20LsUepL pic.twitter.com/pxg4HXrCh8

​When heated, the ink becomes visible. It took Haga hours to crush the soybeans and perform initial tests. While she initially wanted to write the essay on traditional Japanese paper used for calligraphy, the thin sheets burned too easily when heated using a gas stove. She opted instead to use normal office paper.

While giving a teacher a blank piece of paper and letting them figure it out could have been a cool idea, Haga decided not to take chances and included with her work a note explaining that the essay should be heated first.

The teacher appreciated the idea and, after partially heating it up at home, gave it top marks.

“The essay is creative because a ninja technique is reproduced on it,” the teacher commented.

"I had seen such reports written in code, but never seen one done in aburidashi," he later said in an interview with the BBC. "To tell the truth, I had a little doubt that the words would come out clearly. But when I actually heated the paper over the gas stove in my house, the words appeared very clearly and I thought 'Well done!’”

The teacher, Yuji Yamada, admitted that he did not read the entirety of the essay, because he intentionally kept part of the paper still invisible.

The Mie University set up the International Ninja Research Center in Iga in 2017. The following year, the university offered a course to study ninja culture and skills, as well as establishing a club to learn those skills. Haga joined the club shortly after she entered the university, The Asahi Shimbun report says.