Ilya Tsukanov
All materialsWrite to the author
On Wednesday, Turkish troops launched 'Operation Peace Spring', an intervention in northern Syria which Ankara has said was aimed at clearing the Turkish-Syrian border area of terrorists and establishing a buffer zone between the two countries.

Tehran is demanding the withdrawal of Turkish forces from Syrian territory and the immediate halt to the fighting, Iran's Foreign Ministry announced on Thursday.

"Iran's Foreign Ministry, expressing its concern over Turkey's military operations on Syrian territory, and taking into account the seriousness of the humanitarian situation and the ongoing dangers posed to civilians in the conflict zones, emphasises the need to immediately stop the attacks and for the withdrawal of Turkish troops from Syria," the ministry said in a statement.

The Ministry said Iran understands Turkey's concerns over its security, but noted that a military solution was not the way to resolve them.

Tehran also warned that the military campaign threatened to cause widespread loss of life and material damage in Syria, and reiterated its opposition to the operation.

The statement follows remarks by Iranian President Hassan Rouhani Wednesday calling on Ankara to show restraint and avoid military operations in northern Syria. Rouhani called on "a correct path" to be adopted to allay Turkish security concerns, including the withdrawal of US troops from the region, and work to ensure that Syria's Kurds showed support for the Syrian Army and the government in Damascus.

Earlier Wednesday, the same day that Turkey kicked off its military operation in northern Syria, Iranian media reported that Iran's armed forces had launched a surprise military exercise in northwest Iran near the country's border with Turkey. 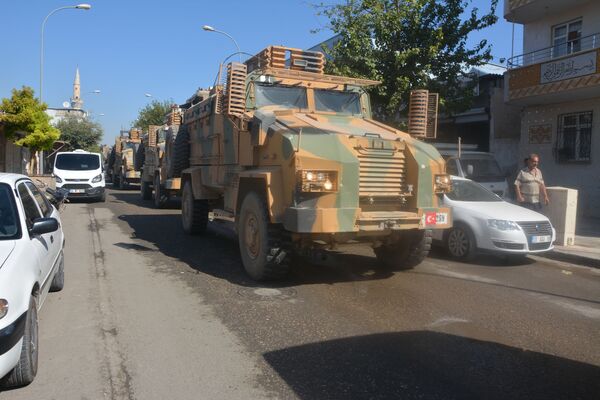 Turkish troops on the border with Syria
© Sputnik / Hikmet Durgun

Turkish forces launched 'Operation Peace Spring' on Wednesday. Consisting of Turkish armed forces troops and elements of the so-called 'Syrian National Army', a formation of militants which Damascus has previously classified as terrorists, the operation is taking place in the Rojava, a de facto autonomous region of northern Syria controlled by the majority Kurdish Syrian Democratic Forces. Turkey considers the Kurds' militant formations, the YPG, to be a terrorist grouping with links to Turkey's own PKK Kurdish militants.

The YPG played a major role in fighting the Daesh (ISIS)* terrorists as they spread across wide areas of western Iraq and eastern Syria between 2014 and 2016, and allied with US forces, who remained in the region after Daesh was defeated in 2017.

Damascus has repeatedly condemned the presence of all unauthorised military formations in Syria, and demanded that all uninvited parties, including the US and Turkey, withdraw from the country immediately. On Wednesday, the Syrian Foreign Ministry accused Turkey of "aggressive intentions" in Syria, and charged Ankara with displaying a "disgraceful breach of international law and UN resolutions that respect Syria's sovereignty and territorial integrity." 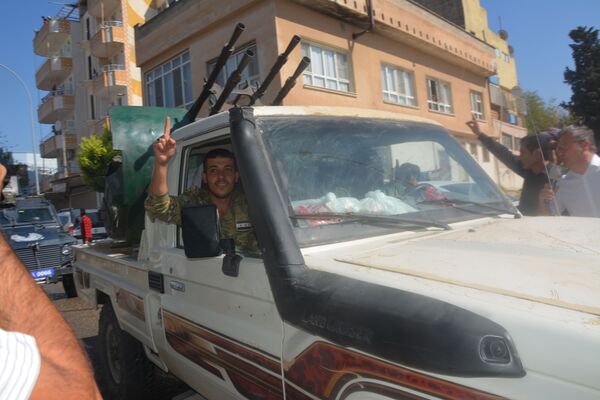