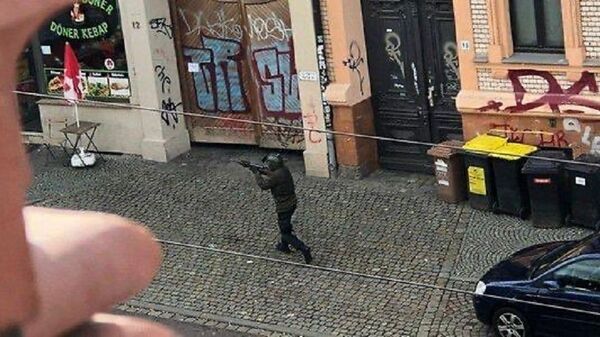 Ilya Tsukanov
All materialsWrite to the author
At least two people were killed and two others seriously wounded in Halle, central Germany on Wednesday, with the heavily armed 27-year-old suspected shooter thought to harbour anti-Semitic and ultra-right extremist views.

Stefan B, the suspect in Wednesday’s Yom Kippur gun and bomb attack on a synagogue, Jewish cemetery and nearby Turkish kebab shop, live-streamed part of the attack on the Twitch video platform, during which he expressed anti-Semitic, anti-immigrant, and anti-feminist sentiment.

Sputnik put together a version of the video edited for graphic content and hate speech.

Warning: The following footage is extremely disturbing and may offend sensibilities.