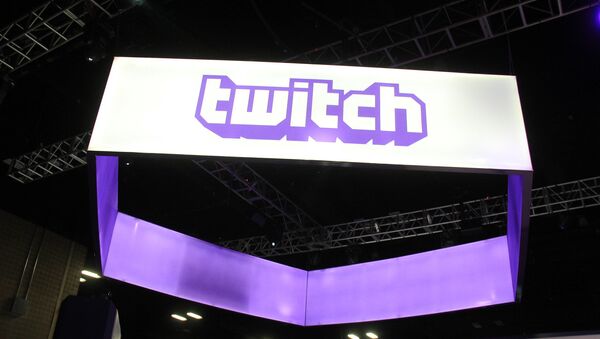 © Flickr / Daniel Benavides
Subscribe
In a Wednesday statement following the mass shooting at a synagogue in central Germany, online streaming service Twitch apologized for the shooter's livestreaming of the attack on their platform, which was viewed more than 2,000 times before it was found and removed.

"We are shocked and saddened by the tragedy that took place in Germany today, and our deepest condolences go out to all those affected. Twitch has a zero-tolerance policy against hateful conduct, and any act of violence is taken extremely seriously. We worked with urgency to remove this content and will permanently suspend any accounts found to be posting or reposting content of this abhorrent act," Twitch said in a statement delivered via Twitter thread Wednesday afternoon.

"We're continuing to investigate the Halle event and would like to share what we've uncovered. The account owner streamed this horrific act live on Twitch for 35 minutes, during which time it was viewed by approximately five people. A recording of the stream, which was automatically generated based on the account's settings, was viewed by approximately 2,200 people in the 30 minutes before the video was flagged and removed from Twitch," the statement continues.

"This account was created about two months prior to streaming the shooting and had attempted to stream only once before. This video was not surfaced in any recommendations or directories; instead, our investigation suggests that people were coordinating and sharing this video via other online messaging services," Twitch wrote. "Once the video was removed, we shared the hash with an industry consortium to help prevent the proliferation of this content. We take this extremely seriously and are committed to working with industry peers, law enforcement, and any relevant parties to protect our community."

The shooting, which unfolded in Halle, Germany, involved both guns and bombs and targeted the Jewish community on Yom Kippur, the holiest day in the Jewish calendar. Two people were killed and two were wounded by the killer, who reportedly expressed anti-immigrant and anti-women sentiments during the livestream, in addition to  anti-Semitism. The suspect reportedly fled the scene in a hijacked car, but police reported soon after that a suspect had been apprehended.