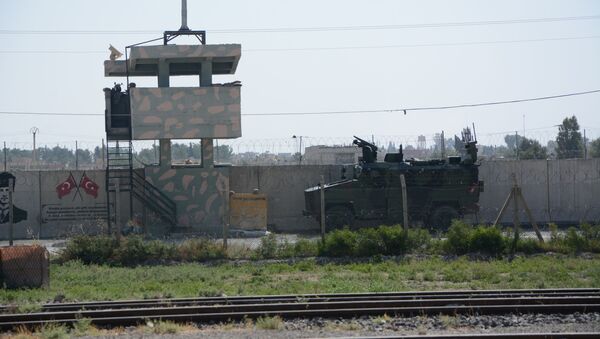 Earlier, Turkish President Recep Tayyip Erdogan vowed to launch a military operation in northeast Syria within the coming days, after Washington announced it would pull its military assets out of the region.

Russian Foreign Minister Sergey Lavrov said that Moscow has called for a Kurds-Damascus dialogue in order to solve problems on the Syria-Turkey border.

“We have repeatedly voiced our position on what is happening in northeast Syria, including in the Syrian-Turkish border region. And our position is unequivocal, based on the need to solve all the problems of this part of the Syrian Arab Republic through a dialogue between the central government in Damascus and representatives of the Kurdish communities that traditionally reside in this territory," Lavrov said at a news conference.

Moscow is committed to promoting the dialogue between Kurds and Damascus, since it sees it as "the only way toward stability," Lavrov noted.

Washington's ambiguous position on Syria has proven its inability to negotiate, Lavrov stressed.

The administration of US President Donald Trump announced late on Sunday that it has started withdrawing US troops from northeast Syria and would not "support or be involved in" Turkey's operation. According to Erdogan, the US troops that are supporting the Kurdish-led Syrian Democratic Forces have already started pulling out from the region.

Recently, Turkish President Recep Tayyip Erdogan has said that the long-promised operation in northern Syria east of the Euphrates could be launched in the coming days after the United States announced pullout of their troops from the region.