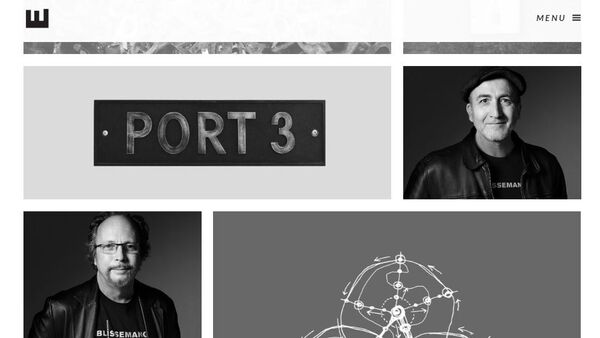 © Photo : Etablissemanget
Subscribe
According to the newly-founded company Etablissemanget, political correctness is harming clients and businesses alike and is about to “derail completely”.

Etablissemanget, a new Swedish advertising agency, is set to revolutionise the branch by intentionally avoiding “intersectionality, feminism, post-Marxism and norm criticism” and other “destructive ideologies”.

The company was founded by creative director Jonas WE Andersson, a former lecturer in graphic design at the Stockholm University of Arts, Crafts and Design (Konstfack) and Magnus Fermin, a producer and award-winning composer.

The agency's values are described as “conservative and humanistic” with “great love for Sweden and Swedish culture”.

According to Andersson, the world they both love, the cultural world, is completely closed to them and their likes. He described the entire industry as “ideologically poisoned”, admitting that his company is unlikely to get a single assignment within the culture sector.

Instead, Etablissemanget is aimed at medium-sized or larger companies that are “brave enough to stand for what they believe in”. Many are tired of being “scolded by a bunch of 25-30-year-olds” during meetings with advertising agencies, Andersson stressed in an interview with journalist trade newspaper Resumé.

According to Andersson, the political ambitions of the left-leaning bureaus often disrupt or even destroy the creative process. Furthermore, this often leads to restrictions or pure failure, such as department store chain Åhlens and carmaker Audi hiring self-admitted radical feminist Kakan Hermansson, who has expressed hateful comments about police and men in general on Twitter. The idea of hiring an overweight feminist to somehow “dispel the myth” that Audi's cars are aimed at men backfired and Hermansson was forced to resign amid protests. Another vivid example is Gillette, a razor company founded over a century ago, that recorded an over $5 billion net loss after a controversial ad addressing “toxic masculinity”.

“I believe many companies are misinformed. When they talk about things like diversity and norm criticism and the like, they don't really know what they are talking about, other than that you have understood that this is in the vogue right now. If a marketing manager and an agency, both drilled in norm criticism, concoct something for a brand, there is a great risk that it goes against the primary target group. You can even humiliate and mock your primary target audience. There we can come in and explain that it is not a particularly good way of doing business,” Andersson said.

@Gillette you talk out of both sides of your mouth. I suspect that your marketing ploy will backfire. #gilletteboycott #Hypocrites pic.twitter.com/AV4vAzJrvF

​Just a few years ago, it would have been impossible to launch such an agency, Andersson admitted. Today, however, there is a feeling that the mainstream firms are about to derail completely.

While Jonas WE Andersson was behind the right-wing Sweden Democrats' general election campaign last year, his company is politically independent.

“I have worked with SD for a long time. But we emphasise that we are politically unbound. We are not SD, but we are on the right,” Andersson said, describing himself as a believer in the ideals of the Enlightenment.

000000
Popular comments
So this is an article about an ideological advertising agency. Working in advertising is in my top 10 of scummiest jobs.
ian
9 October 2019, 12:27 GMT
000000
About time Swedes start growing a pair. PC garbage is just that....garbage for the soul.
dixi3150
9 October 2019, 15:24 GMT
000000
Newsfeed
0
New firstOld first
loader
LIVE
Заголовок открываемого материала
Access to the chat has been blocked for violating the rules . You will be able to participate again through:∞. If you do not agree with the blocking, please use the feedback form
The discussion is closed. You can participate in the discussion within 24 hours after the publication of the article.
To participate in the discussion
log in or register
loader
Chats
Заголовок открываемого материала
Worldwide
InternationalEnglishEnglishMundoEspañolSpanish
Europe
DeutschlandDeutschGermanFranceFrançaisFrenchΕλλάδαΕλληνικάGreekItaliaItalianoItalianČeská republikaČeštinaCzechPolskaPolskiPolishСрбиjаСрпскиSerbianLatvijaLatviešuLatvianLietuvaLietuviųLithuanianMoldovaMoldoveneascăMoldavianБеларусьБеларускiBelarusian
Transcaucasia
ԱրմենիաՀայերենArmenianАҧсныАҧсышәалаAbkhazХуссар ИрыстонИронауОssetianსაქართველოქართულიGeorgianAzərbaycanАzərbaycancaAzerbaijani
Middle East
Sputnik عربيArabicArabicTürkiyeTürkçeTurkishSputnik ایرانPersianPersianSputnik افغانستانDariDari
Central Asia
ҚазақстанҚазақ тіліKazakhКыргызстанКыргызчаKyrgyzOʻzbekistonЎзбекчаUzbekТоҷикистонТоҷикӣTajik
East & Southeast Asia
Việt NamTiếng ViệtVietnamese日本日本語Japanese中国中文Chinese
South America
BrasilPortuguêsPortuguese
NewsfeedBreaking
23:11 GMTAbbott Says Texas Is Ready For Possible Cold Winter Due to ‘Dozen Laws’ Signed
21:59 GMTBarnier Says France Has to 'Be Ruthless With the British' Amid Migrant Crisis - Report
21:55 GMTEx-Labour Leader Corbyn Slams 'Irrational' Suspension From Party One Year On
21:49 GMTSudanese Army Repels Attack by Ethiopian Troops With Casualties on Both Sides
21:14 GMTWHO Says No Need for Panic Over Omicron Coronavirus Strain as Much Remains Unknown
21:12 GMTBiden's First Christmas Tree Will Reportedly Cost Taxpayers $139,000
20:30 GMTMemes Flood Twitter After WHO Dubs New Covid Strain Omicron
20:30 GMTOmicron Coronavirus Strain May Already Be in US, Going to Spread 'All Over', Fauci Says
19:34 GMTNCT 2021 Walks Into a Dream in New Teaser Video 'Year Dream: Stage 2 - Surfing in Our Dreams'
19:33 GMTWHO Confirms Some Guesses on Why It Skipped Two Letters and Named New COVID Variant 'Omicron'
19:21 GMTFrance Mulls Autonomy for Caribbean 'Confetti of Empire' Amid COVID-19 Rule Protests
18:54 GMTSolomon Islands Gripped by Anti-China Protests as US Keeps Largely Mum
18:32 GMTRussia is Not Going to Attack Anyone, Ambassador to US Says
18:27 GMTWhy Washington's 'Russian Invasion' Scare is Cover for Kiev's New Offensive Against Donbass
17:22 GMTActor Seth Rogen Mocked Online For Downplaying Crime in Los Angeles
16:48 GMTUK PM Orders Travel Quarantine and Mask-Wearing to Combat COVID-19 Omicron Variant
16:28 GMTBiden Reminded of Attack on Trump for African Travel Ban He Now Emulates
16:21 GMTGamaleya Center Says COVID-19 Antibody Drug Will Not Be Available Earlier Than Late 2022
15:54 GMTRussian Anti-Satellite Weapon Test Makes European Solar Probe's Planetary Flyby More Risky, ESA Says
15:46 GMTMedia Reveals Contents of Safe Holding Secret Documents of UK Royal Family