UK "Not Certain" to Leave EU on 31 October – Political Commentator 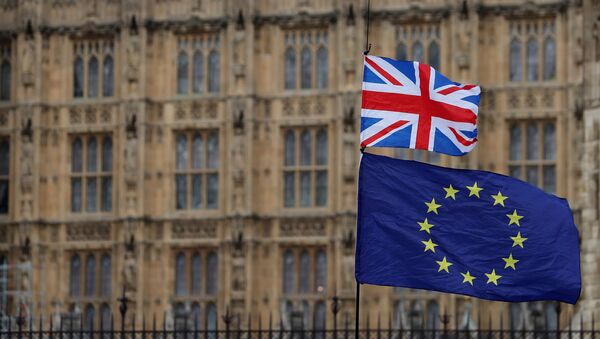 The Institute of Financial Studies think tank has warned that a no-deal Brexit could make the UK’s national debt soar. The report comes as negotiations between Britain and the EU are approaching a crucial stage.

French President Emmanuel Macron outlined on Monday that the bloc would make a decision over whether to accept British Prime Minister Boris Johnson’s revamped divorce bill by the end of the week.

Brussels is reportedly less than pleased by the alterations to the Irish backstop made by the Conservative government’s team, and doubts remain as to whether it will be deemed acceptable by their powers that be.

Political commentator Keith Rowe reflects on whether WTO rules or no-deal Brexit will be quite as detrimental to the UK’s economy as the reports indicate.

Sputnik: Would a no-deal Brexit be as bad as the IFS claims?

Keith Rowe: We’ve got a huge amount of project fear mark whatever it is going on, a huge amount of scaremongering, I think a no-deal Brexit is probably the cleanest way to get on with Brexit and in the long term, that’s what will benefit us.

If there are any short term issues; I think they are being hugely over-exaggerated at the moment and the sooner we get on and get past those, the better.

Sputnik: Will the UK leave the EU on the 31st of October?

Keith Rowe: I think it would be better for us if the EU just refused to extend Article 50, but I’m not sure they will do that and I’m not sure whether we’ll actually leave, or whether they are starting to play the blame game already just in case we don’t. I think you could flip a coin at the moment and take your choice.

It’s not certain that we will leave; it may still be a good possibility, but it’s extremely possible that we won’t leave.

Keith Rowe: A general election is pretty much inevitable now; it’s going to happen sooner or later. Whichever parliamentary games our useless MPs get up to in an attempt to try and get some short term advantage and some more jeers and shouting in the House of Commons, sooner or later there has to be a general election.

Who do I think is going to win? That depends to a very large extent how these next few weeks pan out and how Brexit happens. If Boris Johnson manages to get us out by the end of the month as he has promised; he will have done the nation a good turn, people will back him and say he means what he says and he does what he says, and the Conservatives will be on course for a fairly good result. 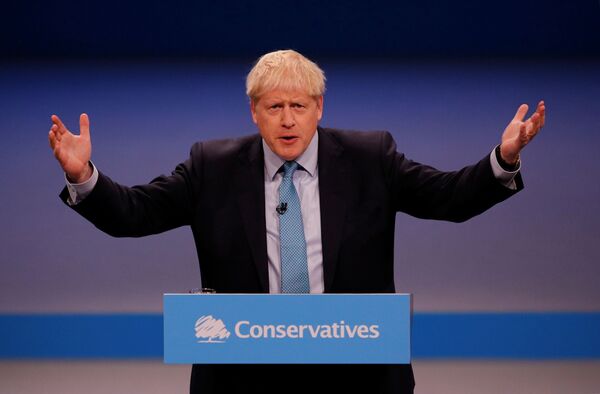 If on the other hand he gets bypassed or messes it up completely; then the chances are that other parties will come to the fore and the Brexit Party will do very well in those circumstances and the Conservative Party won’t do nearly as well.

The opposition and remain vote, well nobody knows what Labour are up to at the moment, nobody can really define their position in anything like coherence and they’ve turned a lot of people off due to their racist and anti-Semitic approach to things, so I suspect that they will lose a lot of support.

The Liberal Democrats are gaining support, but from a very low base, so we may well end up with another hung parliament, but of a different complexion and that would be a very bad situation in many ways.

There would be some Brexit Party MPs, but you never can tell at the moment and the opposition parties would be split, and who knows how the SNP and everything is going to affect things up there as well, and I suspect that the SNP would probably still do well under those circumstances.

It’s going to be very difficult to run parliament if Brexit doesn’t happen.