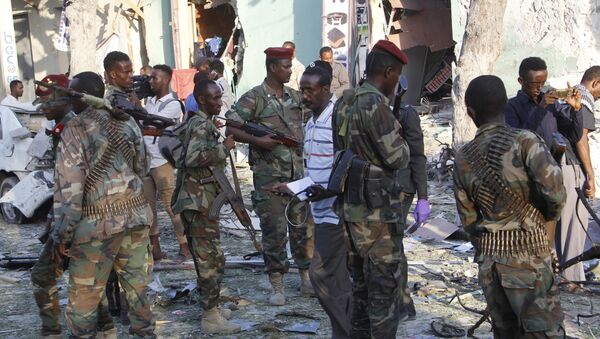 Migrant children sent off to their respective home countries in Africa to avoid becoming “Westernised” run the risk of abuse and forced marriage, the Swedish authorities have warned.

An increasing number of young immigrants are being sent to Africa to be “re-educated” in the culture of their home country, the Swedish Foreign Ministry has warned in internal proceedings, according to the newspaper Svenska Dagbladet.

According to the newspaper, the phenomenon primarily involves young people with roots from Somalia and Kenya living in troubled suburbs, who have either become “Westernised” or taken up crime and drugs.

Last year alone, the Swedish Foreign Ministry handled 25 cases where young people were sent on such trips. This year until May, the Swedish officials have contact with twelve affected youth, six of whom had been shipped off to Kenya and six to Somalia. In 2018, a total of 104 family disputes arose, including both cases related to “education trips” and forced marriages.

The unsuspecting children are often told that they are going on holiday, but in reality the trip often takes a more grim turn. Once in Africa, their passports are taken away and they are either taken care of by family members or end up literally imprisoned at special education institutions, colloquially marketed as “rehabilitation camps”. The phenomenon is so popular that there is a Somali expression for it, “dhaqan celis” or “back to the culture”.

According to the Swedish embassy in Kenya's capital Nairobi, children run a high risk of mental and physical violence, including being chained. A single “re-education trip” is said to cost between SEK 2,000 and 5,000 ($200 to 500).

“Sending children there and dumping them is the worst thing you can do. Not only is this too much. It is counterproductive, and in the worst case, they risk joining the terrorist group al-Shabaab instead,” Omar Adam of the Somaliland association told Svenska Dagbladet.

Previously, a similar phenomenon of kids being sent to “Quran schools” to avoid “Westernisation” sparked concerns in Norway. The diplomatic work to help the exposed children is obstructed by the fact that neither of the countries have embassies in Somalia and must resort to using Kenya as mediator.

Sweden's Somali diaspora numbers about 100,000 people, of whom over 68,000 were born in Somalia. In 2012 Swedish national broadcaster SVT reported that four in five Somalis in Sweden were unemployed, and 70 percent lacked completed school education. Somalia also has also one of the world's highest rates of female genital mutilation, at over 90 percent.

Somalis inhabit the Horn of Africa and are present in Somali, Ethiopia, Eritrea, Djibouti and Kenya. Clan affiliation remains an important part of the Somali identity, where issues involving marriage and property are often resolved based on the clan's needs and the elders' will.