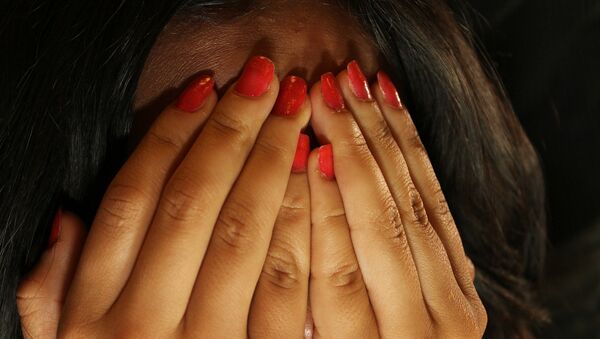 CC0 / /
Subscribe
Half of Swedish women have chosen alternate routes when walking due to insecurity and fear of crime amid a wave of sexual assaults, another similar study has shown.

While deadly violence remains “relatively uncommon” in Sweden, it has increased in recent years. Sweden therefore is not fulfilling the UN goal of reducing all forms of violence, Statistics Sweden has warned.

A total of 15.3 percent of Sweden's grown-up population refrain from going out after dark for fear of being assaulted, mugged or sexually threatened. Among women, this proportion is 25 percent, a fresh survey issued by Statistics Sweden said.

While men aged 20–29 years, statistically speaking, run the highest risk of being victims of violence or assault in public places, women are more likely to become victims of sexual abuse than men.

The National Security Survey, an annual report by the Crime Prevention Council (Brå), has illustrated the same trend by indicating that almost half of young Swedish women (45 percent) last year took a different route when travelling on foot due to insecurity and fears of crime.

At the same time, the self-reported exposure to crime has increased to 26.4 percent of the population. The Brå report listed men aged 16-19 as the group as the most likely to suffer abuse and women aged 20-24 as the most subjected to sexual offences.

In 2019, 28 percent of the population aged 16-84 said they felt very or quite insecure, to the point that they chose not to go out alone late at night, despite the fact that confidence in the police has increased, Brå stressed. Two-fifths of Swedes (43 percent) said they were largely concerned about crime levels in society.

In 2018, about 22,500 sexual crimes were reported, of which 7,960 were classified as rape. A total of 6.4 percent of the respondents, mostly women, reported having been subjected to sexual offences in 2017, Brå stressed.

“A more restricted life is a serious consequence of fears of being exposed to crimes that mainly affect women, but by extension, it is a problem for all of us if the goal is for us to have an equal society,” investigator Sofie Lifvin said in a comment to national broadcaster SVT.