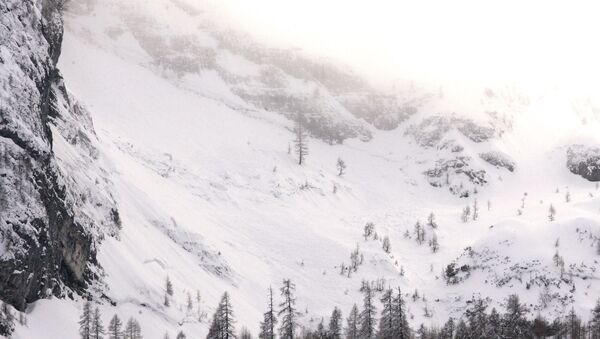 Photos posted online detail a rescue operation at the Prato Valentino ski resort in Italy’s Teglio, which is closed for the season.

Two people were rescued after their plane crashed into a ski lift in the Italian Alps on Sunday. Miraculously, instead of ramming into the ground, the plane became entangled upside down between the cables.

The force of the impact threw the pilot, 62, onto the plane’s wing, according to the Daily Star. The man sustained only minor injuries. His passenger, a 55-year old tourist, was not harmed.

​The two men were rescued in a 90-minute operation that included 20 army personnel as well as firefighters and a cave and mountain rescue team.

​“They really were very, very lucky,” said Walter Milan, a spokesman for Italy’s national cave and mountain rescue unit. "It was a miraculous escape. The plane crashed into the cables but fortunately it became stuck rather than crashing to the ground.”

Judging by the photos, the plane hung approximately 10 to 15 meters above the mountain slope, which meant that a fire truck could be used. The rescue crew carefully scaled the cables, doing their best not to disturb the stuck airframe.

“Ropes were then secured around the two men. The whole operation to bring them to safety took an hour and a half,” Milan said.

The pilot was taken to a hospital via helicopter, but authorities say that he did not sustain serious injuries.

An investigation has been opened into the cause of the crash.