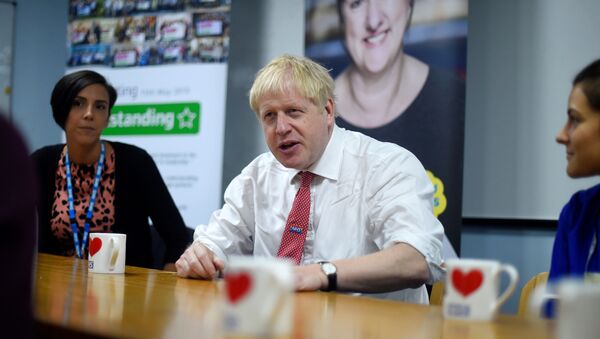 It has emerged that negotiators in Brussels have crushed Boris Johnson’s Brexit plans over a built-in veto for Northern Irish legislators and concerns that his withdrawal agreement, if implemented, would pave the way for other countries to gain similar concessions from the EU.

What is Boris Johnson’s Brexit plan about?

The alternative plan focuses on what will happen to Northern Ireland, a part of the UK which borders with EU member state Ireland, after Brexit. Johnson wants the whole of the UK to leave the EU’s customs union and to keep Northern Ireland in an all-Ireland regulatory zone within the EU’s single market for goods, electricity and food safety. The currently suspended assembly in Belfast – commonly referred to as Stormont – would get to vote on opting into the arrangement before it comes into effect (with a right to veto) and on staying in it every four years thereafter.

The proposal means that goods coming into Northern Ireland from the rest of the country would need to be checked for compliance with EU standards, effectively meaning the establishment of a new border down the Irish Sea. Boris Johnson wants customs checks to be done electronically and away from the border, with only a “very small number” of physical examinations carried out at traders’ premises or other points in the supply chain.

What was the EU’s response?

According to confidential documents obtained by The Guardian, EU negotiators have rejected the proposals over concerns that the proposed veto powers for Stormont would enable the Democratic Unionist Party – the leading political force in Northern Ireland – to block the arrangement before it is applied.

The prime minister is also calling for changes – in the form of exemptions or exceptions – to the EU-wide legislation on the movement of goods, but the EU said that would lead other non-EU countries to seek similar exemptions, putting the internal market in jeopardy. Another concern is that Johnson’s plan “fails to provide details on how to then combat smuggling.”

Beyond that, the negotiators noted that the UK would retain access to EU databases, which would allow London to police the Irish customs border and the regulatory border between the UK and Northern Ireland even if the proposal was vetoed by Stormont.

Will the impasse be overcome?

It is understood that the EU negotiating team has delivered its arguments to David Frost, Britain’s chief Brexit official, during the most recent talks, and passed them on to Boris Johnson over the phone.

On Monday, the UK sent additional legal text to the EU’s negotiating team regarding technical detail on customs and goods regulation, and discussions are expected to continue today. However, according to a leaked memo from Downing Street published by the Spectator on Monday, Johnson’s government is preparing for the talks to collapse this week and for a no-deal scenario.

Boris Johnson has long promised to take Britain out of the EU on 31 October even if there is no deal in place by that date. But a cross-party motion in Parliament has passed a bill that blocks him from doing so and forces him to request a Brexit delay if no deal is agreed by 19 October.

The stand-off with MPs paves the way for a new election later this year, perhaps as early as November, after the Labour party rejected Johnson’s calls for one in September. Latest polls show Conservatives polling at around 38 percent, some 15 percent ahead of Labour, and Johnson has very realistic chances of securing a five-year term in case of a snap vote.