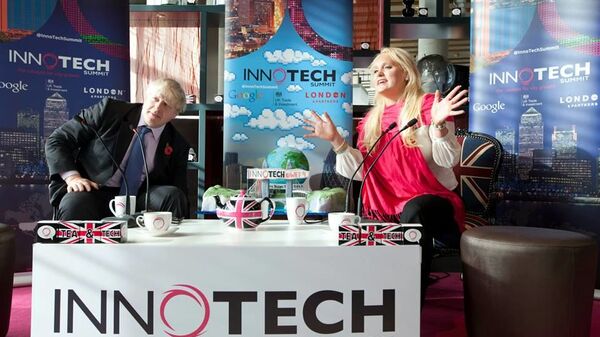 Speaking on her first TV programme appearance, she claimed that Mr Johnson had visited her at her flat "around five times", adding that she did not want to draw media attention during their public meetings.

Jennifer Arcuri has refused to open up to Good Morning Britain's Piers Morgan on whether she had an affair with UK prime minister Boris Johnson whilst he was married to his erstwhile wife, Mariana Wheeler.

The news comes as the American entrepreneur became embroiled in a scandal over her alleged affair with Johnson as well as supposedly receiving £126,000 of UK taxpayer's money from No 10 whilst he was London's mayor.

She told GMB: "Because the Press have made me this objectified ex-model pole dancer, I'm really not going to answer that question".

She told Mr Morgan that she was "going to be putting myself in a position for you to weaponise my answer" and that "Boris had nothing to do with my other achievements".

Ms Arcuri denied she had been shown "favouritism" after media reports accused her of receiving a letter of recommendation for a six-figure job in the tech industry.

She also saved the Prime Minister's contact details as 'Alex the Great' as the two had allegedly shared a "mutual love of classic literature".

Speaking on their public meetings, she said: "We tried having drinks out in public or having lunch, it just became too much of a mob show, so I said 'you just have to come to my office'".

Her office was located at her flat in Shoreditch, which also had a pole for poledancing. Mr Johnson had "asked me to show him a few things" on the pole, Ms Arcuri said, adding that the two had "always had a laugh about it".

She said: "The pole stood in the living room, yes, he saw the pole".

Speaking on Monday, the Prime Minister said he had "said everything" he wanted to say about his relationship with Ms Arcuri.

Scandal erupted after Ms Arcuri had allegedly told four friends and a Tory activist that she was engaged in an affair with Mr Johnson while he served as the Mayor of London, the Sunday Times reported in late September. But the British PM said that there was "no interest to declare" amid allegations he had a relationship with her as the two met in 2012.

Further pressure has been mounting after those details, including information surrounding the alleged misuse of funds, was demanded from a London Assembly committee headed by Len Duvall, which may summon the PM to court should he fail to share the racy background on his love affair by 8 October. Johnson could also be forced to turn over his private messages to provide evidence.