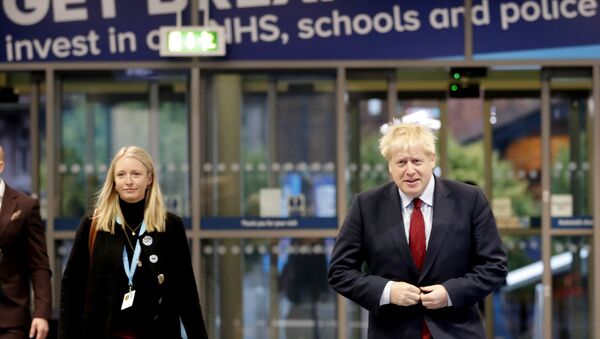 As the Brexit deadline draws nearer, the effect of the Benn Act is beginning to weigh down on the UK prime minister, with a petition having been brought to the Scottish Court of Session to order Boris Johnson to seek an extension of the Brexit deadline.

The Scottish Court of Session has dismissed a legal challenge, refusing to order Prime Minister Boris Johnson to seek an extension beyond the 31 October Brexit deadline.

Despite appearing to free the prime minister from potential legal ramifications of not seeking a delay, as outlined under the Benn Act, the court ruling considers the government's promises that it will seek a delay to be a legally binding commitment and that therefore no order is necessary.

"The Advocate General has set out clearly and unequivocally the Prime Minister’s intention to comply with his statutory duties under the 2019 Act. This has been done so by way of detailed and specific averments in written pleadings put before the court on the professional responsibility of those acting for the Prime Minister and the government and with the express authority of the Advocate General for Scotland", the court's ruling said.

The government's assurances are legally sufficient, so *no* order needed

Case did well to get those promises, so bravo pic.twitter.com/KWmFqVO5xN

​A breach of the law could potentially see a later ruling wherein the court orders the prime minister to seek an extension at a later date.

The petition was brought to the court by businessman Dale Vince, QC Jo Maugham, and SNP MP Joanna Cherry, seeking to hold the prime minister in contempt of court if he does not comply with its rulings, which could see legal consequences such as a fine or even imprisonment.

Johnson said on Friday that he would ask for an extension if he is unable to get a deal by the 19 October, seemingly in contradiction with the prime minister's previous comments that he would not extend.

Maugham, representing the case, outlined his disapproval with the ruling on the basis that the prime minister's promises cannot be trusted, even citing a representative of Johnson being an officer of the court as a potential influence on the outcome.

I expressed this dilemma here (on Friday). I would rather live in the world the Court believes continues to exist. But I doubt we do. https://t.co/PVgXpPjlkl

Here are the paragraphs Aidan O'Neill QC, Counsel for @DaleVince, @joannaccherry and myself, has just read out. They are from the written case of the Prime Minister and if the Prime Minister promises the court he will comply we need take no further time. Why will he not? pic.twitter.com/YnYLJ0iMhn

The Benn Act, which was passed in September, legally prevents the prime minister from bringing the UK out of the European Union without a withdrawal agreement in place. If the prime minister fails to bring forward an agreement, then he is required to seek an extension before 19 October.

A delay could be potentially electorally problematic for the governing Conservative Party, as Johnson was elected promising to get the UK out of the EU "no if's, no buts", but Nigel Farage's Brexit Party has sworn to fight the Conservatives in key areas if the PM attempts to resurrect Theresa May's withdrawal agreement, even without the controversial Irish backstop.

PM Johnson made his backstop alternative known last week, but it was swiftly shot down by EU officials.

In seeking an extension, Boris Johnson will have to make a request to the EU, which would then have to be unanimously agreed upon by all 27 other EU member states.

The Brexit deadline has been extended twice before beyond its original date of 29 March by Johnson's predecessor Theresa May, after her withdrawal agreement was thrice defeated in Parliament, ultimately resulting in her resignation.