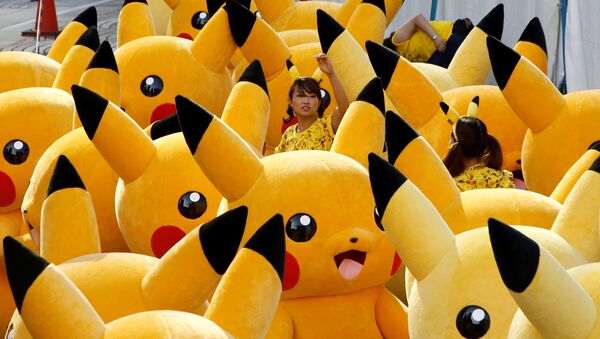 Swedish YouTube superstar Felix Kjellberg, who set a record after he amassed 100 million subscribers on his channel, has been busy enjoying the first months of married life, also travelling to Bali and Japan. However, he still manages to find time to catch up with the latest memes and provide his fans with fresh reviews.

YouTube king PewDiePie, whose real name is Felix Kjellberg, was nostalgic when he came across a meme about Nintendo’s 1990s gaming hit Pokemon, which turned into a cultural phenomenon and remains dear to millennials. In the video reviewing software failure memes, the YouTuber revealed a story about how a glitch in the game that confused him as a child - something that people who were kids at the time can easily relate to.

Reacting to a submission titled “the OG software gore” on a Reddit community that showed the so-called “MissingNo” glitch, he recalled a story that, he noted, zoomers would not understand. The vlogger admitted that although the name of the scrambled sprites bug clearly signalled that it was a glitch, it tricked his expectations when he was younger.

“There was this epic hidden Pokémon that you can find. I think it was a glitch. Like a Pokemon that was not added to the game. It was super overpowered as well if you caught it. It's called Missing Number. That didn't register for me as a kid. I was like OH MY GOD MISSINGNO!" he said.

As the online gaming den Dexerto points out, the source of PewDiePie’s confusion, MissingNo, really was a dual-type bird/normal Pokémon that blew up among gamers. Those who were lucky enough to catch the glitched sprite had the item in slot six duplicated to 128.