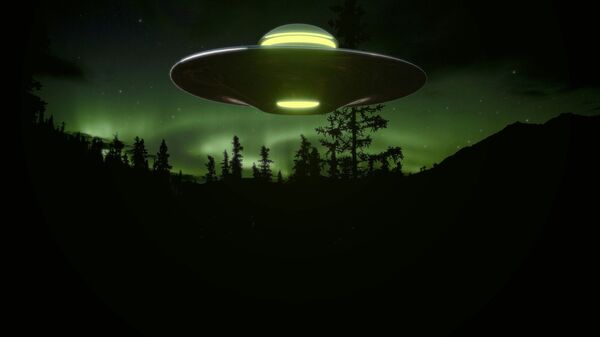 In September, the US Navy confirmed that three videos which were previously released by To The Stars Academy of Arts, possibly showing UFO encounters, were of “unauthorised and unidentified” aircraft. One pilot that was among those who potentially exposed a UFO back in 2004 has shared more details about the US Navy’s alien encounters in the past.

Former US Navy pilot Commander David Fravor, who was among those who pursued the famous “Tic Tac”-shaped UFO near the coast of San Diego in 2004 - which later came out on one of the three videos revealed by To The Stars Academy - appeared on the Joe Rogan Experience podcast this Saturday to discuss potential encounters with extraterrestrial life experienced by other airmen.

David Fravor first revealed his squadron’s encounter with a 12-metre-long “Tic Tac-looking object” during training exercises in the Pacific Ocean in a shocking article in The New York Times in December 2017. Back in 2004, the pilots first witnessed an unidentified Boeing 747-sized object under the surface of the water and then another one erratically moving just above it, which was later filmed by another member of Fravor’s squadron with the help of the plane’s infra-red targeting camera.

The footage, filmed on 14 November 2004 and titled “FLIR1”, later emerged among two other videos, titled “Gimbal” and “GoFast” and captured in January 2015, that were acquired by former Pentagon official Luis Elizondo and released by To The Stars Academy of Arts and Science, a UFO research organisation founded by Blink-182 singer Tom DeLonge.

In mid-September, US Navy spokesman Joseph Gradisher confirmed for the first time that the videos really showed "unidentified phenomena".

In his first major interview since the videos were acknowledged, Commander Fravor revealed some other shocking stories about the US Navy’s potential UFO encounters that other pilots told him about following his revelation.

“They don’t feel alone”, Fravor said during the Joe Rogan Experience podcast, published on the PowerfulJRE YouTube channel. “One of the guys was a Navy helicopter pilot. He was flying a CH-53, a big heavy-lifter the Marine Corps uses for certain things. Off the East Coast they do a lot of shooting, at the time it was off Puerto Rico”.

According to Fravor, the pilot, whose job included retrieving BQM aerial target drones and submarine telemetry torpedoes in the 1990s, once encountered an unexplained “kind of dark mass coming up from the depths”.

“As they hoist the BQM up, he’s looking at this thing going, ‘What the hell is that?’’ Fravor said, while recalling the pilot’s story.  “And then it just goes back down underwater. Once they pull the kid and the BQM out of the water, this object descends back into the depths”.

According to Favor, the incident was repeated a few months later.

“He’s out picking up a torpedo, they hook the diver up on the winch, and as they’re lowering him down, he sees this big mass. He goes, ‘It’s not a submarine’. He’s seen submarines before. Once you’ve seen a submarine you can’t confuse it with something else. This big object, kind of circular, is coming up from the depths and he starts screaming through the intercom system to tell them to pull the diver up, and the diver’s only a few feet from the water”, Fravor said.

“They reverse the winch and the diver’s thinking, ‘What the hell is going on?’ And all of a sudden he said the torpedo just got sucked down underwater, and the object just descended back down into the depths. They never recovered it”.

Fravor added that the helicopter pilot, whose story he shared, was sure that the torpedo “didn’t sink”, but rather “got sucked down”. The former Navy commander also added that objects that he encountered himself were potentially “manipulating the gravity field and just moving through a void” and could “in theory fly, go into the ocean” and even go to space, with up to a dozen of them being tracked by the USS Princeton’s systems prior to his squadron’s sighting in 2004.

In September, former Pentagon employee Luis Elizondo, who currently works for To The Stars Academy of Arts and Science, claimed that some of the extensive data and physical evidence that his organisation obtained could prove the existence of UFOs.