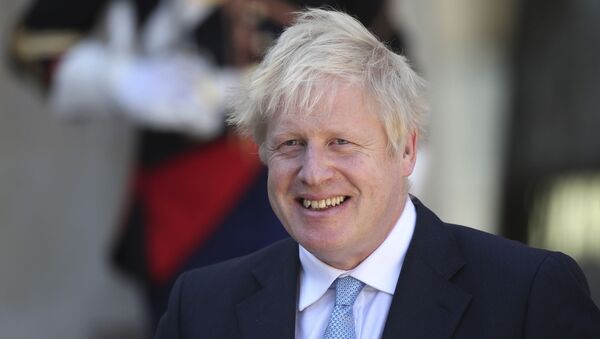 According to the official, Boris Johnson presented details of his latest Brexit proposal during the call, with Macron suggesting EU top negotiator Michel Barnier's team and British officials should continue in the coming days "to assess if an agreement is possible" by the end of the week.

“The President told him that the negotiations should continue swiftly with Michel Barnier’s team in the coming days, in order to evaluate at the end of the week whether a deal is possible that respects European Union principles,” the official said.

Johnson, however, told his counterpart that "the EU should not be lured into the mistaken belief that the UK will stay in the EU after October 31st," a Downing Street spokesman quoted him as saying.

The UK PM said he would not request another delay, despite British MPs passing a law last month that requires him to seek another Brexit delay if he fails to secure an agreement by the end of a make-or-break EU summit on October 17-18.

This law was "undermining negotiations, but if EU leaders are betting that it will prevent no deal, that would be a historic misunderstanding," a senior Downing Street source said.

Moreover, several Government sources have told The Daily Telegraph that the Prime Minister is willing to go to the Supreme Court in an effort to avoid having to write a letter asking for a delay to Brexit, as set out in the Benn Act, which requires Johnson to ask the EU to delay Brexit if the UK cannot leave with a deal at the end of October.

The source said No 10 needed to find a legal mechanism to allow the Prime Minister to “at least say five days before [Oct 31] ‘I am literally not going to write that letter.’"

The Court of Session in Scotland is to rule on Sunday on what kind of sanctions would apply if ministers fail to comply with the Benn legislation, which Johnson dubbed the “Surrender Act.”