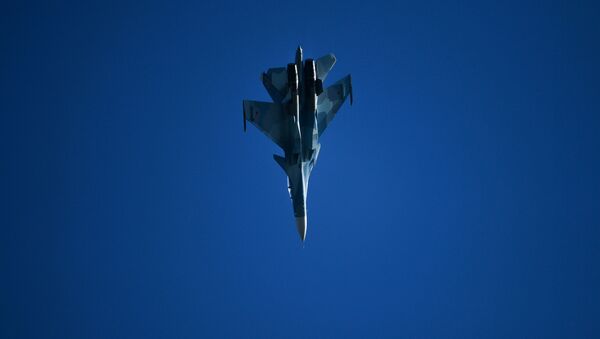 "At full power, the radar can detect an F-35 at a distance of 58-km (36-mi), In tracking mode, the distance drops to 29km," Vijainder K Thakur, Air Force veteran and defence analyst having hawk eyes on technological development said.

Designed by the Tikhomirov Scientific Research Institute (NIIP) in Moscow's Zhukovsky city, the Irbis-E is a direct evolution of the BARS design, all-weather multimode airborne radars of a Russian family, but significantly more powerful.

The radar is cited at an average power rating of 5 kilowatts, with 2 kilowatts CW rating for illumination. The NIIP claim twice the bandwidth and improved frequency agility over the BARS, and better electronic counter-countermeasures capability.

However, Harsh Vardhan Thakur, an experimental test pilot said: "When defining pick up and rack ranges for the F-35, the low-observability may have been exaggerated. I think F-35 can be picked up at larger ranges, just as a J-20 can."

It is expected that upgrading the Su-30MKI will not take much time as Russia already implemented significant upgrades including radar and engines on the Su-30SM which is in the service of the Russian Air Force.

Vijainder K Thakur said Russia had integrated Su35 IRBIS-E Radar and AL-41F-C1 engines on a Su-30 airframe with the Su-30SM, which represents a convergence of the two platforms independently developed from the Su-27, aimed at mitigating logistics & maintenance overheads.

J-20 fighter jets, as claimed by China, are made up of radar-absorbing materials that are supposed to make it hard to detect at long ranges.

Earlier this month, the German radar-maker Hensoldt claimed that it managed to track two American made F-35s from a pony farm for almost 100 miles (about 150 km) during an air show, the C4ISRNet website reported.

The Sukhoi Su-30MKI is a Russian-designed heavy, long-range fourth generation air superiority fighter, built under licence by India's Hindustan Aeronautics Limited. The planes were introduced into the Indian Air Force in the early 2000s, with India making about 250 of the planes by 2018, and continuing to build more.