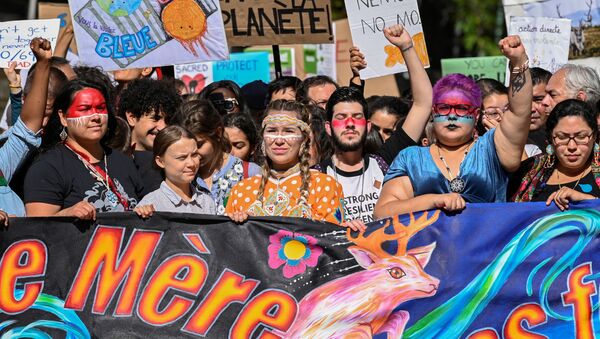 The socio-political movement Extinction Rebellion was founded in the United Kingdom last May and calls for government action to tackle climate change, biodiversity loss, and the risk of ecological collapse.

Thousands of people have taken to the streets of European cities for Extinction Rebellion climate change protests.

Some activists have reportedly attached themselves to cars and buildings in London, with police having to use tools, including buzz saws, to extricate them.

The Extinction Rebellion began its two-week environmental protest on 7 October, blocking streets and bridges and shutting down governmental departments.

"More than 90 protesters have been detained in the vicinity of the Rijksmuseum", the police said on Twitter.

Climate clown in London imagines he's going to save the planet. pic.twitter.com/MGclAdOI2u

"Traffic is now restricted in the area of ​​Potsdamer Platz in connection with the announced meeting", the Berlin police said on Twitter.

Earlier in the day, about a thousand activists blocked traffic on Der Grosse Stern (Big Star) square in the Tiergarten district.

The police are monitoring the district from helicopters to get a better understanding of the situation on both squares.