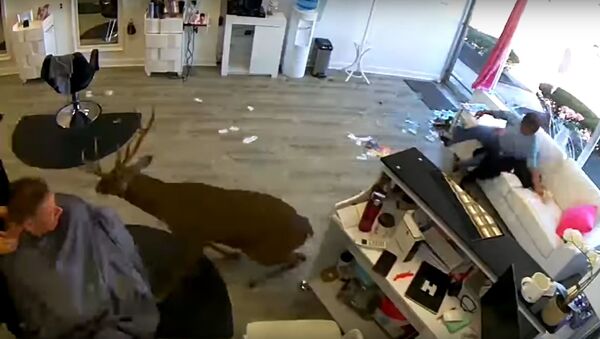 Saturday afternoon at a beauty salon in New York's Long Island took quite an unexpected turn when a hoofed and antlered customer paid a very urgent visit.

'Be.You.tiful Hair Salon' in New York has shared a video of a deer crashing through its window shattering the glass and almost impaling a woman sitting on the couch with its antlers.

The animal is then seen dashing away in an unknown direction startling the hairdresser and her customers.
Police later arrived at the scene, but the intruder had already left the salon.

According to law enforcement officers, the lady on the couch suffered minor injuries.