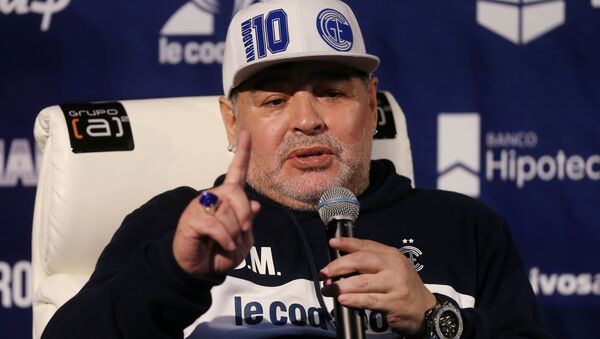 A month ago, the football legend accepted a job as manager of the Argentine Gimnasia football club after less than a year of coaching Mexico’s Dorados de Sinaloa.

In the footage, Maradona is seen in the locker room after the game, jiggling his hands and moving his hips in a bizarre manner while the team assists him with ovations.

Gimnasia claimed victory in the latest faceoff with Godoy Cruz after Leandro Contin, Ariel Matias Garcia, and Victor Ayala scored four times in total, beating their opponents, who managed to shoot two goals. This marked the club's first win since Maradona was appointed to the managerial position on 6 September.