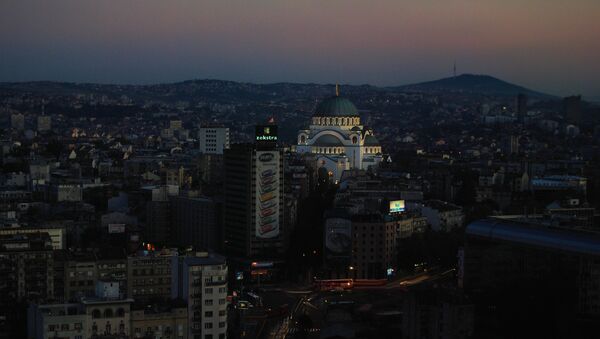 BELGRADE (Sputnik) - The Democratic League of Kosovo (LDK) has taken an early lead in Sunday’s parliamentary election with 23.7 percent of the vote, according to preliminary results published by the Central Election Commission.

The ruling Democratic Party (PDK) of President Hashim Thaci came closely behind at 21.7 percent. It was followed by Albanian nationalist Self-Determination (LV) party with 19.7 percent.

The coalition of former Prime Minister Ramush Haradinaj’s Alliance for the Future of Kosovo (AAK) and Social Democratic Party of Kosovo (PSD) came fourth with 13.7 percent. The minority Serb List party was fifth at 10.6 percent.

Four coalitions, 20 political parties and one independent candidate have competed for 120 seats in the Kosovan Assembly.

Kosovo unilaterally proclaimed independence from Serbia on February 17, 2008. The self-proclaimed republic is recognized by over 100 UN member states. Serbia, as well as Russia, China, and a number of other countries, have not recognised Kosovar independence.

In 2011, Serbia, under the pressure of Brussels, started negotiations on the normalisation of relations with Kosovar Albanians under the mediation of the European Union. The dialogue is currently suspended.