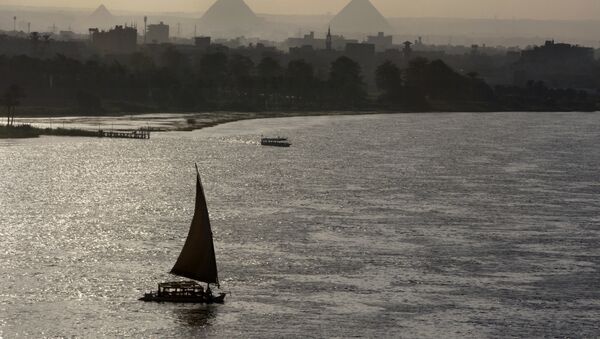 CAIRO (Sputnik) - Talks between Egypt, Sudan and Ethiopia on the development and construction of the Grand Ethiopian Renaissance Dam failed due to the Ethiopian side's refusal to take Cairo's water interests into the account, the Egyptian Ministry of Water Resources and Irrigation said on Saturday.

"Negotiations on the Renaissance dam have come to a standstill due to the obstinacy of the Ethiopian side, which rejected all proposals that take into account Egypt’s water interests, which allow to avoid causing serious harm to it [Nile]," the ministry representative said as quoted by the Egyptian MENA news agency.

The trilateral negotiations ended in the Sudanese capital of Khartoum earlier in the day, which took place first at the expert, and then at the ministerial level. The main issues being disputed are related to the volume of water to be released annually after the first stage of filling the reservoir. Egypt proposes an annual release of 40 billion cubic meters (1.4 trillion cubic feet), while Ethiopia insists on 35 billion cubic meters.

According to the Egyptian side, Ethiopia's proposals contradicted their earlier agreements. In particular, important for Cairo points on a guaranteed minimum of annual water flows and an action plan in case of a possible drought were excluded from the proposal.

Ethiopia has been building the Renaissance Dam on the Blue Nile since 2011 and it is expected to become fully operational by 2022. The project is aimed at turning Ethiopia into Africa's biggest electric power exporter. Cairo has been concerned by the construction, fearing that the project may affect Egypt's share of water and seriously damage the national economy and agriculture.