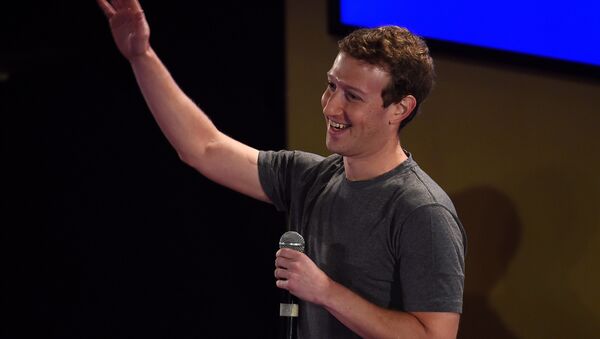 © AFP 2023 / Money SHARMA
Subscribe
International
India
Africa
His statement comes as the United States, Britain and Australia sent a joint letter to the tech company asking it to stop using end-to-end encryption as it hampers the fight against terrorism and paedophilia

Facebook is in hot water again. This time though, it's not about a violating users' privacy, its…quite the opposite! During an internal Q&A session, the company's CEO Mark Zuckerberg said he was aware of child exploitation risks before the company decided to introduce encryption in messengers on Instagram and Facebook.

"When we were deciding whether to go to end-to-end encryption across the different apps, this was one of the things that just weighed the most heavily on me", Zuckerberg said.

While addressing an employee's question about child abuse concerns, the billionaire said he is positive that the end-to-end encryption wouldn't interfere in efforts by the company to deal with the issue; adding that Facebook would use activity patterns and links between accounts on different platforms to identify predators. He also said that Facebook might limit ways adults can interact with minors.
Zuckerberg, however, acknowledged that the company is no longer able to access the content of messages, and said that meant that "they were fighting that battle with at least one hand tied behind their backs."

End-to-end encryption is a way of sharing information, which allows only the sender and recipient to access it.
Privacy activists and Facebook employees hailed Zuckerberg's decision to introduce encrypted messaging. Whereas, the company's safety team opposed the plan citing exploitation risks. The United States, Britain and Australia said they had reached out to the company, but said Facebook had not addressed their concerns about child safety.