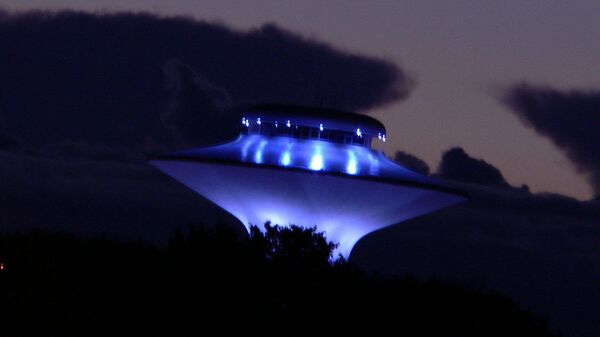 The insights came after the US Navy confirmed three videos that showed possible UFO encounters as authentic and confirmed that the images were of unauthorised and unidentified aircraft. The Armed Forces branch later insisted that the now declassified data must be reviewed to make sure that it doesn't contain sensitive information.

A former Pentagon employee who currently works for a UFO investigations organisation called To The Stars Academy of Arts and Science claimed some of the extensive data his group has reviewed could point to the real deal.

"Some of that material; its providence is frankly hearsay, while other providence of some of this material has been substantiated," Luis Elizondo said Friday on "Tucker Carlson Tonight," adding that having finalised the scientific and peer review of the "material's" physical, chemical and atomic properties they hope to arrive at some clear-cut conclusions.

In mid-September, the US Navy famously recognised that three UFO videos that had been previously released by former Blink-182 singer Tom Delogne and reported by The New York Times, really showed "unidentified phenomena", as Navy spokesman Joseph Gradisher described the objects to The Black Vault, a website that publishes declassified government files.

He further specified that the 'Unidentified Aerial Phenomena' terminology is used because it provides a basic description of the sightings and observations of unidentified aircraft or objects that have been observed operating in the airspace of various military-controlled training ranges." Separately, he argued that even unclassified material needs to be checked and reviewed first, to ensure that it contains no sensitive data.

The said videos, commonly known as "Gimbal", "FLIR1" and "GoFast", originally appeared in 2017 and 2018 in the New York Times and on the website To The Stars Academy of Arts & Science (TTSA), and showed military aircraft encountering strange objects. The reported encounters immediately propelled the debate on "unidentified aerial phenomena" forward.

Earlier, Rep. Mark Walker of North Carolina, a high-ranking official of the Intelligence and Counterterrorism subcommittee, claimed that the US Navy is withholding information about UFO sightings after he officially enquired more data on the puzzling sightings.