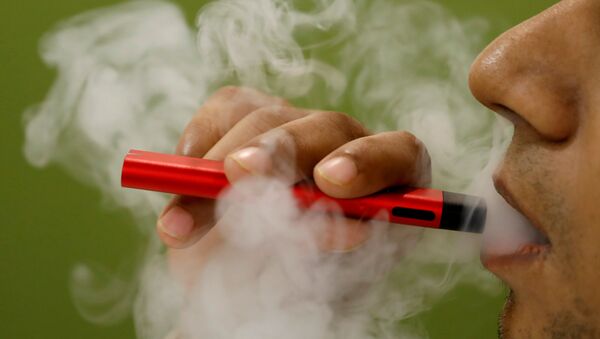 A lawsuit was filed by the Vapor Technology Association, or VTA (a trade group); Benevolent E-Liquids Inc. (a retailer); and Perfection Vapes (a New York–based shop), delaying the state's pending ban that would have stripped flavoured e-cigarette from the market.

After several bans across the US, the vaping industry got its first significant victory against what critics have described as a Drug War–style panic ever since concerns arose over a youth epidemic and health crisis after more than a thousand people were diagnosed with vaping-related lung illnesses.

"We are very pleased with the New York State Appellate Division's decision, which acknowledges the strength of our claims about the State's executive overreach, and which preserves the ability of hundreds of small businesses to remain open and continue to serve their adult customers," Tony Abboud, executive director of the VTA, said in a statement.

In addition to vape giant JUUL Labs facing congressional hearings and criminal probes for its marketing practices toward teens, the industry was hit by vaping-related illnesses and deaths cropping up around the country, with some of the fatalities being linked to a perhaps toxic compound found in THC oil, as opposed to mainstream products like those sold by JUUL. The concerns led to lawmakers in other states and officials at the Food and Drug Administration (FDA) mulling bans of vaping products.

"This may have an impact on other state and federal courts reviewing emergency flavour bans, where other lawsuits have been filed," Azim Chowdhury, a prominent lawyer who has represented the vape industry for a decade, said, cited by Vice.