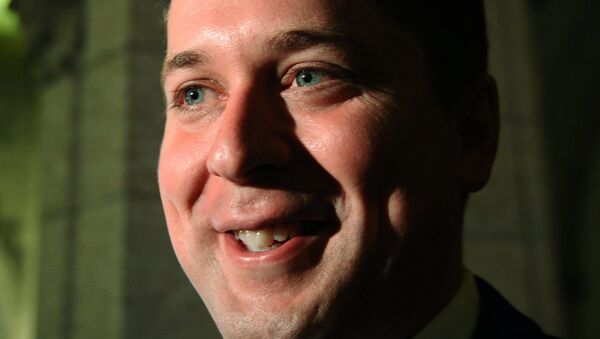 Leader of Canada’s main opposition Conservative Party Andrew Scheer is now embroiled in a political scandal following revelations that he appears to be citizen of both Canada and the US, despite his party's attacks on other Canadian politicians for holding dual citizenship.

The finding, which was initially reported by The Globe and Mail on 3 October, suggested that Scheer could be an American citizen due to the fact that his father was born in the US. The revelation was later commented on by Scheer himself, who confirmed the information, but stated that his US passport had recently expired and that he began paperwork in August to renounce his American citizenship.

When asked about why he never reported about his dual citizenship status despite vying for the post of prime minister in the upcoming federal elections, Scheer replied that he was too busy “focusing on other things” and simply was “never asked” about his citizenship status before.

“I was focused on other things. I was rebuilding the party, getting ready for the election, working on the platform. It was always my intention to do it [renounce his US citizenship] before the election”, Scheer said after a rally in Bedford, as cited by the National Post.

“No one has ever asked me before about it”, Scheer said when asked about whether he considers his actions to be hypocritical, “like millions of Canadians, one of my parents was born in another country”.

Canadian Conservative Party members previously attacked former NDP leader Tom Mulcair and former Liberal leader Stephane Dion for holding dual citizenship with France, with Scheer also questioning the citizenship status of Michaelle Jean, who was sworn in as Canada’s governor general back in 2005, without mentioning his own US passport.