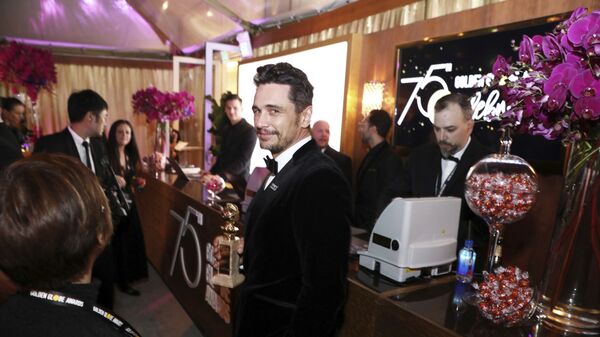 The Oscar-nominated star was behind a school called Studio 4 Vince Jolivette. Tither-Kaplan and Gaal enrolled in the LA program and paid a monthly tuition of $300. There were also additional masterclasses, including a $750 class for sex scenes. The lawsuit claims that students had to audition for the class on tape so Franco could review the footage, with students being asked to sign away their rights to the recordings. The students were allegedly “routinely pressured to engage in simulated sex acts that went far beyond the standards in the industry.”

Franco and his partners “engaged in widespread inappropriate and sexually charged behaviour towards female students by sexualizing their power as a teacher and an employer by dangling the opportunity for roles in their projects,” the suit reads.

This is not the first time the star of 127 Hours has been accused of inappropriate behaviour. In 2018, Franco was accused of sexual misconduct by five women, including Tither-Kaplan. At the time, Franco’s lawyer refuted the claims and Franco addressed them during an interview with Seth Meyers.

The latest lawsuit is seeking damages and the return of any recordings, with the accusers telling NPR they hope to make it a class-action suit so other women can become involved.