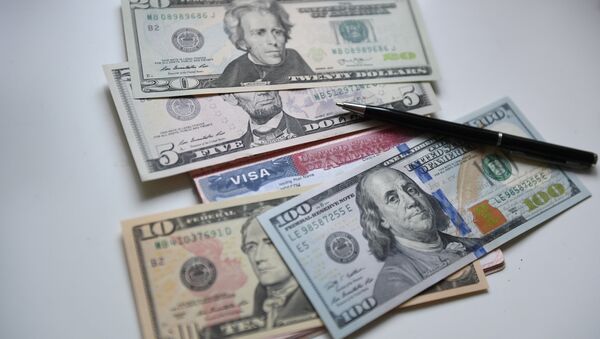 Last month, US President Donald Trump said that he would grant Poland access to the State Department's Visa Waiver Program, which allows traveling to the United States for business or tourism for up to 90 days without a visa.

The United States has formally nominated Poland for entry into the visa waiver program, US President Donald Trump announced on Friday.

"We will be giving a full visa waiver to Poland," Trump said.

The White house Press Secretary explained in a statement that following this formal nomination by the US State Department, the Department of Homeland Security will assess Poland’s entry into the program.

"If Poland is designated as a Visa Waiver Program country, its nationals would be authorized for visa-free travel to the United States for business and tourism," the press secretary said.

Trump announced in September that the approved US visa waiver program for Poland was "in the works."

According to Trump, Washington is currently working on the technical details of the program for Poland. The US leader first announced his administration's intention to add Poland to the Visa Waiver Program in September 2018.

In 2016, the European Commission urged the US authorities to provide the bloc's member-states Poland, Bulgaria, Croatia, Romania and Cyprus the right to travel visa-free just like the majority of EU citizens; this has led to a drawn-out dispute between the US and the bloc.

Earlier this year, the EU stated that US nationals will no longer be able to enter the Schengen Area without a new kind of visa — a European Travel Information and Authorisation System or ETIAS starting in 2021.