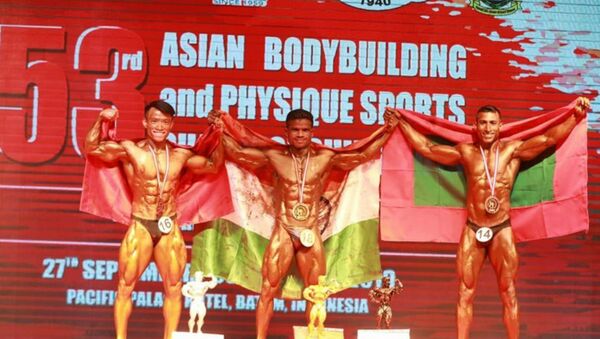 New Delhi (Sputnik): The Asian Bodybuilding and Physique Sports Federation was the first continental association, having since its foundation grown from 6 to 40 national affiliates.

Major Abdul Quadir Khan of the Corps of Signals of the Indian Army brought laurels to the country by winning a silver medal at the 53rd Asian Body Building and Physique Sports Championship held at Batam, Indonesia on Wednesday, 2 October. It was Khan's maiden event.

The Indian Defence Ministry said that Khan took to bodybuilding with fervour in spite of an extremely busy regimental schedule after being commissioned in June 2014.

"His prowess in the sport took a dramatic turn while at 1 Signals Training Centre at Jabalpur where he benefited immensely from the excellent training infrastructure and accomplished coaches. After honing his skills, he participated in the Indian Body Building Federation (IBBF) selection trials held at Khammam, Telangana, in July 2019 and got selected to represent India".