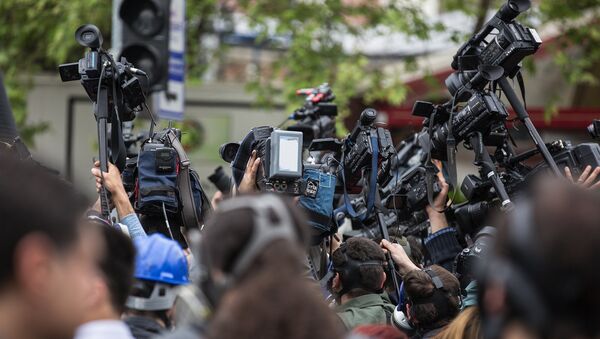 "Russian journalist Yulia Yuzik was arrested on 3 October in her hotel room in the Iranian capital Teheran [Tehran]. The International and European Federations of Journalists (IFJ/EFJ) joined their Russian affiliates in urging Iran to clarify the reasons for her arrest. In the absence of evidence, the EFJ calls for the journalist’s immediate release", the EFJ said in a statement later backed by the IFJ.

Iranian Foreign Ministry spokesman Abbas Mousavi said earlier in the day that the Russian journalist was detained to provide some explanations and that she would soon be released.