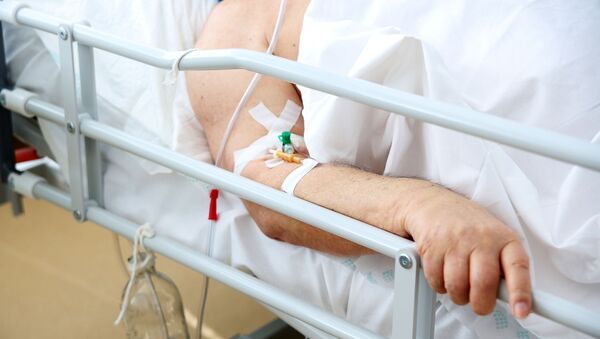 Scientists at the Plekhanov Russian University of Economics, together with their colleagues from the Institute of General Pathology and Pathophysiology, have found a new way to study genetic mutations associated with atherosclerosis.

The development will help fight cardiovascular diseases more effectively. The results of the study were published in the magazine Biomolecules.

Atherosclerosis is a chronic vascular disease that narrows arterial walls and can affect the entire body. According to scientists, at the genetic level, mitochondrial DNA mutations, which encode the incorrect behaviour of monocytes, a type of blood cell, are the decisive factor in the development of the disease.

The study of the genetic mechanisms in the development of atherosclerosis makes it possible to counter pathology. In particular, so-called cybrid cells, cultures obtained by selective fusion of cells with different genomes, help understand these mechanisms at the molecular level.

"The purpose of the study is to produce cells of a long-living secondary culture obtained from human monocytes where mitochondrial DNA is blocked, and the mitochondria themselves are eliminated from the cells. Then, donor mitochondria with a mitochondrial mutation are introduced into these cells", said Margarita Sazonova, a senior scientist at the Nutrition and Healthy Longevity Research Institute at Plekhanov University.

"Cybrids with atherogenic mutations serve as a model to study pathologies and develop drug and food therapy for atherosclerosis and cardiovascular diseases. In turn, cybrids with antiatherogenic mutations can be used to develop gene therapy for atherosclerosis and cardiovascular diseases", said Vasily Karagodin, Head of the Nutrition and Healthy Longevity Research Institute at Plekhanov University.

Currently, two cybrid cultures have been obtained, one containing an atherogenic and the other having an antiatherogenic mutation. The researchers intend to obtain several more cybrids, which will serve as the basis for a full-scale study of the genetic factors of atherosclerosis development.

The study is based on the pyrosequencing method previously developed by the same group of scientists. It’s a way to quantify mitochondrial mutations, which then allows to correctly select a donor to create a cybrid, as well as to identify threshold values ​​for pathology activation.