Right-Wing 'We for Germany' March Takes Place in Berlin - Video 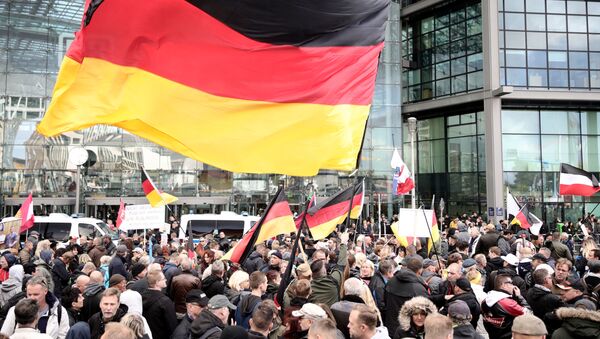 © AFP 2023 / MICHAEL KAPPELER
Subscribe
International
India
Africa
The group which organised the rally wants Germany to withdraw from the EU. Among other demands, it wants the minimum wage increase, the healthcare system reform and the reintroduction of border controls.

Right-wing protesters are taking to the streets in Berlin under the banner "We are for Germany" as the country marks the Reunification Day on Thursday, 3 October.

The organisers of the rally have outlined their key demands, such as Germany's withdrawal from the EU, an increase to the country's minimum wage, a reform of the healthcare system and the reintroduction of border controls.

The "We are for Germany" march is expected to be met with counter-protests.