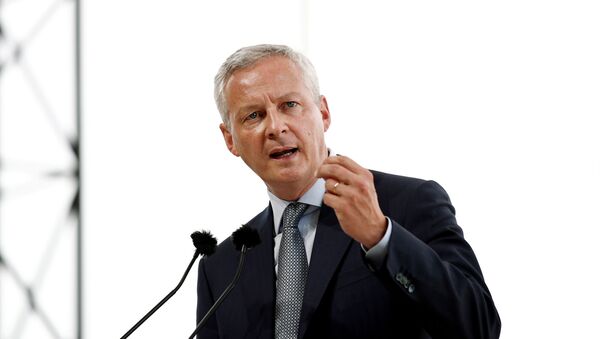 On Wednesday, the US won a $7.5 billion Airbus subsidies case and requested the World Trade Organization (WTO) to approve 10 percent tariffs on civil aircraft from the European Union.

French Finance Minister Bruno Le Maire threatened on Thursday to impose sanctions against the United States if the latter wouldn't make any attempt to resolve the Airbus dispute.

"If the American administration rejects the hand that has been held out by France and the European Union, we are preparing ourselves to react with sanctions," said Le Maire.

Following the ruling, the United States requested the WTO schedule a meeting on October 14 to approve a request to impose a 10 percent tariff against large EU-made aircraft.

According to US Trade Representative Robert Lighthizer, the United States will begin imposing WTO-approved tariffs on European-made Airbus planes, French wine, Scotch and Irish whiskies, and cheese from across the continent on October 18.