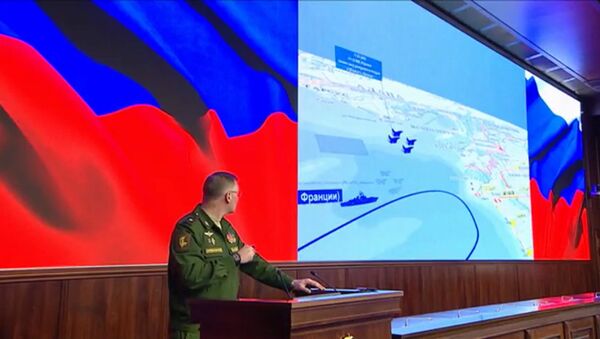 Israel and Russia have overlapping interests in Syria, where Moscow is fighting terrorists and Tel Aviv is countering Iranian influence. A year ago the two countries had a short-lived diplomatic spat that followed the downing of a Russian survey aircraft by Syrian air defences as Israel’s military apparently used the plane to shield its own jets.

Brigadier-General Dror Shalom, the head of the IDF Military Intelligence's Research Division, has said that Israeli military is avoiding a clash with Russia following the crash of a Russian plane in Syria last year.

“We are holding a very delicate dialogue with the Russians,” Brig. Gen. Shalom said in an interview with the Israel Hayom daily. “We don’t want to clash with them, but they also understand how much damage we can do. They know we aren't suckers. Still, we're being very careful and walking on tiptoe – but as far as I understand, we have some freedom of action to some degree.”

On 17 September 2018, Syria's S-200 air defence system downed Russian jet Il-20 while it was over the Mediterranean Sea heading to the Hmeimim air base. The Russian Defence Ministry said Israeli fighters preparing for a strike on targets in Syria used the Russian aircraft as a shield against Syrian air defences.

Moscow also stated that the IDF gave less than a minute’s warning ahead of the strike, which wasn’t enough to take the doomed Il-20 out of the path of Syrian missiles. Israel rejected the accusations and pinned the blame on Syria; Israeli Prime Minister Benjamin Netanyahu, however, expressed regret at the loss of 15 Russian personnel in a call to Vladimir Putin. Russia’s president then downplayed the tension, blaming the tragedy on a “chain of tragic circumstances.”

'It's All About Iran'

Dror Shalom also said that Israel is now facing a volatile situation where “at the end of the day, it’s all about Iran.” He claims that “Iran is transferring specialised missile capabilities to Syria and is organising its militias there,” which would fight against Israel in a potential conflict with Hezbollah, a militant group based in the neighbouring Lebanon. Iran denies providing military support to militants in Syria.

Israel conducts airstrikes against targets in Syria and Lebanon that it claims belong to either Hezbollah or Iran. In late August, drones struck a Hezbollah office in Beirut, which was attributed to Israel despite the IDF not admitting its role. While Israel rarely acknowledges the airstrikes, the rationale behind them is the fear in Tel Aviv that Hezbollah represents a grave threat to its security.

Hezbollah is 'Playing with Fire'

When asked what Hezbollah leader Nasrallah concluded from that strike, Dror Shalom said: “I think he's playing with fire. Still, it wasn't an incident that he would start a war over. I think he can be made to stop the precision missile project.”

The intelligence officer suggested that Nasrallah “is slowly realising what he got himself into… I think he hoped his response would not result in any Israeli soldiers being killed.”

Dror Shalom also revealed that Israel has genuine concerns about potential strikes by pro-Iran forces from Iraq. He claimed that the Quds Force, the unit within Iran’s elite Revolutionary Guards in charge of exterritorial operations, has “put a lot of time into Iraq, from a geopolitical perspective” and is using the country “as a base for Iranian military capabilities, with militias and allies.”

In August, an unclaimed attack on an ammunition depot at a base belonging to an Iraqi paramilitary force reportedly killed one person and left 13 injured. Israel did not claim responsibility for the blasts but was widely suspected by Iraqi authorities and militias to have been behind them.