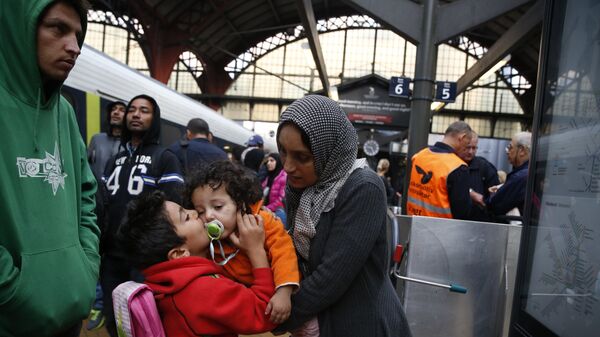 According to Columbia University professor Sheri Berman, the biggest question facing Europe is whether diversity and identity politics are compatible with democracy.

Political scientist and popular author Sheri Berman, who has studied Sweden since 1987, when she first arrived in the Scandinavian country to research the trade union movement, has shared her current thoughts and impressions with the newspaper Svenska Dagbladet during her visit to the Gothenburg Book Fair.

According to her, the country looks “dramatically different” today.

“Today, your society looks dramatically different. It is a completely different country. The demographic change that Sweden has undergone in recent years is quite incredible,” Berman told Svenska Dagbladet.

According to Berman, the experiment she called uniquely Swedish is not entirely trouble-free.

“To think that this kind of change could happen without any problems is unhistorical. It is a demographic experiment of historical dimensions,” Berman said.

Although Sweden has had strong class contradictions before, Sheri Berman believes that today's problems today are even greater, as diversity directly undermines homogeneity.

“There is no question that the more homogeneous a society is, the easier it will be. The groups are fewer and the gaps are closer, and it is easier to create a sense of social solidarity,” Berman said.

According to her, the biggest and most important issue facing modern Europe is how to make diversity more compatible with democracy.

“The French Revolution may be regarded as the starting point for democracy in Europe, but it took 150 years for it to actually arrive. Most people forget how long and difficult that journey was, and how many democracies have fallen along the way,” Berman stressed.

In her numerous publications, Sheri Berman has decried the rudeness of the political debate, and how it polarises society. In combination with identity politics, she stressed, it becomes a poisonous cocktail.

“It's hard to compromise on identity, and it makes people more intolerant because it puts them in a defensive position. Identity politics is not good for the left, and it is not good for democracy,” she concluded.

Sweden, formerly one of Europe's most homogenous nations, embraced mass immigration in the late 20th century. In recent decades alone, the share of immigrants and their descendants has quickly soared to more than a quarter of the Swedish population of 10 million. Owing to demographic trends including higher nativity rates among the newcomers, the share of non-Swedes is expected to reach half of the population at some point in the 21st century.

Sheri Berman is a professor of political science at Barnard College, Columbia University, New York. Her research interests include European history and politics, the development of democracy and dictatorship, populism, fascism and the history of the Left. Her writing has appeared in a variety of academic and popular publications. Her newest book is “Democracy and Dictatorship in Europe”.