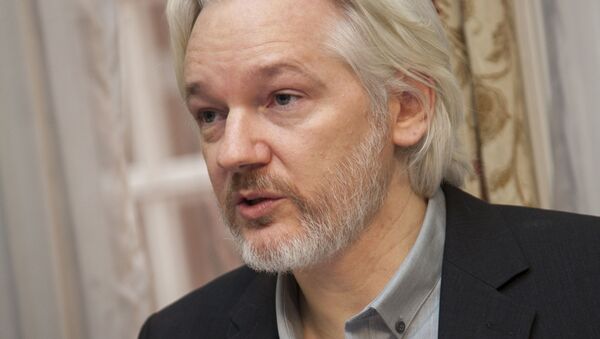 The father of whistleblower Julian Assange, John Shipton, and the deputy leader of Die Linke Sevim Dagdelen hold a joint press conference at the German Bundestag.

Julian Assange was arrested in London in April and sentenced to 50 weeks in prison for jumping his bail back in 2012 when he took refuge inside the Ecuadorian embassy in the UK capital to avoid extradition to Sweden, where he faced sexual assault charges, and possible subsequent extradition to the United States.