Svetlana Ekimenko
All materialsWrite to the author
Speaking in Tehran on Monday before leaving for the Eurasian Economic Union summit, Hassan Rouhani held out hope for his country enjoying enhanced trade and economic cooperation with member-states of the EEU as Iran suffers under crippling US-imposed sanctions against the backdrop of escalating tensions with Washington.

Iranian President Hassan Rouhani spoke at the Eurasian Economic Union (EEU) summit in Yerevan, Armenia, on Tuesday, denouncing the United States’ use of the dollar as a weapon targeting other countries.

Rouhani emphasised this will lead to economic terrorism, undermining the lives of ordinary people, as he urged global action against American unilateralism.

“We believe that the international community must confront the US’s hostile and unilateral approach by taking a firm decision and effective measures,” said Rouhani.

He added that the EAEU summit would serve as a good platform for participants to exchange views and find solutions to ongoing regional and international issues.

Rouhani underscored that the world order is based on multilateralism and joint cooperation among all members of the international community, with countries duty-bound to counter unilateralism in order to maintain global peace, security and stability.

The Iranian president deplores the fact that Washington has been recently pursuing unilateral approaches, jeopardising mutual and international agreements, including the 2015 nuclear deal on the Iranian nuclear program, officially known as the Joint Comprehensive Plan of Action (JCPOA).

“Unfortunately, as a result of the destructive measures of the US, we are witnessing many problems in economic relations among countries, increasing poverty, insecurity and immigration as well as a decline in economic development in the world,” Rouhani warned.

Addressing his country’s economic ambitions, the Iranian president said the Islamic Republic is determined to forge and expand dynamic ties at regional and international levels.

At the recent UN General Assembly in New York, despite French President Emmanuel Macron’s efforts to broker a meeting between Iranian and US counterparts in order to reduce the risk of all-out war in the Middle East, tensions between Washington and Tehran showed no sign of abating.

In his speech in New York on 24 September, President Donald Trump called on the international community to take action against the threat from Iran, saying Washington’s sanctions on Iran would continue. He again condemned Tehran’s “violent and unprovoked aggression” in attacking two Saudi Aramco facilities on 14 September – allegations the Iranian side has persistently rejected.

For his part, Iran’s President Hassan Rouhani warned world leaders that the Gulf region was “on the edge of collapse, as a single blunder can fuel a big fire.” He vowed his country’s decisive response to any sort of “transgression to and violation of our security and territorial integrity”. 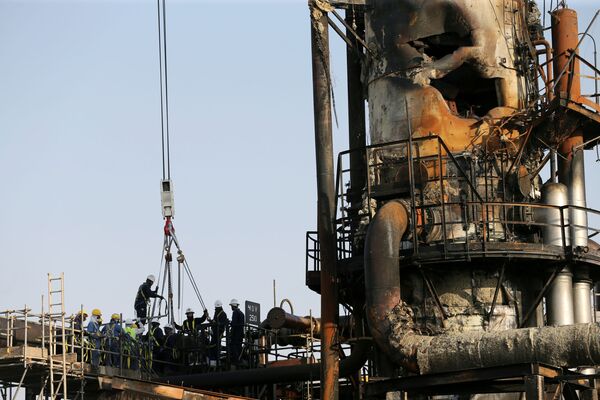 Relations soured between Iran and the United States after the Trump administration unilaterally withdrew from the Iran 2015 nuclear deal in May 2018, slapping Tehran with a series of tough banking and energy sanctions.

In May 2019, the US dispatched a carrier strike group to the Middle East, citing an unspecified Iranian “threat” to US interests in the region.

Since then, the Persian Gulf has witnessed a succession of volatile incidents, including tanker sabotage attacks, ship seizures and drone shoot-downs, with Tehran and Washington exchanging barbed accusations.