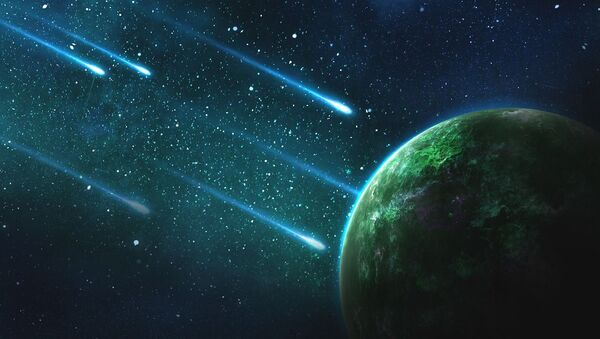 CC0 / /
Subscribe
International
India
Africa
Svetlana Ekimenko
All materialsWrite to the author
Four huge asteroids were recently discovered by NASA heading towards Earth, sparking fears the planet would be unprepared should they come dangerously close.

At least four “potentially hazardous” asteroids zoomed dangerously close to Earth on 1 October, as NASA confirmed the space rocks were only discovered hours before shooting past our planet, according to Space.com.

Asteroid dubbed 2019 SM8, spied by astronomers at the Mount Lemmon Observatory in Arizona on Monday night, flew by Earth hours later on Tuesday at a distance of approximately 99,000 miles (159,000 kilometers) – roughly half the average length between our planet and the Moon.

NASA discovered another new asteroid - 2019 SE8 - on a close encounter with Earth just an hour later.

Asteroids are space rocks thought to be the remains left over from the formation of the solar system.

Ranging in size from tiny to truly giant, with at least one - Ceres - gaining dwarf planet status, billions of asteroids are in the asteroid belt, between the orbits of Mars and Jupiter.

Others that stray from this region can potentially present an impact threat to Earth.

NASA administrator Jim Bridenstine has warned the chances of an impact are much greater than people tend to think.

"We have to make sure that people understand that this is not about Hollywood, it's not about the movies.This is about ultimately protecting the only planet we know, right now, to host life - and that is the planet Earth,” said Bridenstine.

Earlier, NASA admitted an asteroid managed to “sneak up on us” when it passed closer to Earth than our own moon on 25 July.

Astronomers tracked the 100-metre wide object called 2019 OK as it came within just 65,000 km of our planet’s surface, as it had “previously been observed but wasn’t recognised as a near-Earth asteroid,” ESA admitted.

NASA is now hoping to make sure every asteroid en route to Earth is identified well ahead of time.

In August, as NASA reportedly began preparing for the asteroid Apophis passing by the Earth in 2029, SpaceX chief Elon Musk warned:

“Wouldn’t worry about this particular one, but a big rock will hit Earth eventually & we currently have no defence.”

Great name! Wouldn’t worry about this particular one, but a big rock will hit Earth eventually & we currently have no defense. https://t.co/XhY8uoNNax