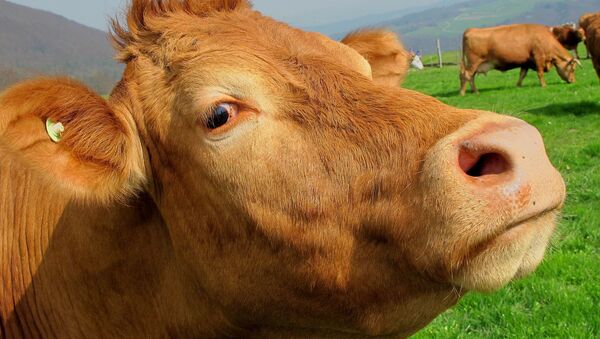 New Delhi (Sputnik): Organic farming and indigenous products got a significant boost with the Indian government launching cow-dung based soaps and bamboo-made water bottles on Tuesday.

Speaking at an event organised on the eve of Mahatma Gandhi’s 150th birth anniversary, India’s Minister for Micro, Small and Medium Enterprises Nitin Gadkari, said there is a growing acceptance of organic goods among consumers.

"We need a professional and transparent approach with quality, with good packaging without compromising the spirit of our economic thought of Mahatma Gandhi," Gadkari said at the event organised by the government-run Khadi and Village Industries Commission (KVIC).

Claiming himself as a proponent of organic farming and its benefits, the minister asked performing export units to get listed on the national stock exchange to earn benefits.

The central government will soon offer listed micro, small and medium enterprises 10 percent equity participation, he said, adding that so far 200 firms had entered the capital markets after listing themselves on the national stock exchange.

Gadkari said Khadi and Village Industries Commission must achieve a turnover of over $1.4 billion by 2021 and generate jobs, especially for those living in rural areas.

Stating that Khadi and village industries were very close to Mahatma Gandhi’s heart, the minister said Gandhian economics emphasised maximum production with the involvement of the maximum number of people.

“The soap made of cow dung has been developed by one of our Khadi institutions. We have conducted several tests before formally launching the product today. The water bottle made of bamboo will be available in 700 ml to 900 ml capacity. It has been made by an organisation in India’s northeastern Tripura state,” said KVIC chairman V.K. Saxena.

He described bamboo bottles as a perfect replacement for plastic bottles as they were natural, cost-effective, attractive and eco-friendly.

KVIC is in the process of reviving village industries and has an annual turnover of approximately $42 million, Saxena said, adding that its aim is to reach $70 million.