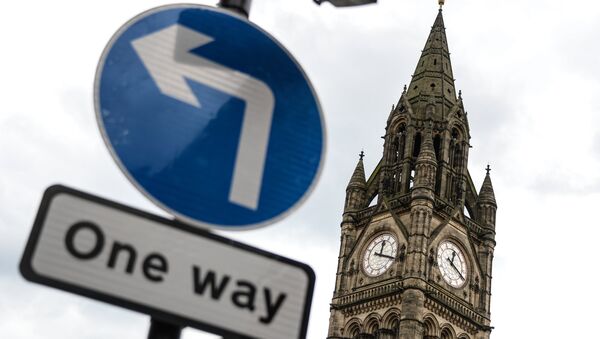 According to reports, the British government is putting the finishing touches to a revamped Brexit deal. All eyes will be on the fate of the Irish border, as this has proved to be one of the biggest sticking points so far during the UK’s arduous negotiations with the EU.

UKIP founder Alan Sked believes that it is hard to tell what the new deal will mean for the Irish border.

Sputnik: Do you think that the Conservative Party’s new Brexit deal will differ substantially from Theresa May’s?

Alan Sked: We simply don’t know because there are reports coming out from Brussels and Ireland that the new deal on the Irish border meant customs clearing posts ten miles away from the border, but the Prime Minister has said that’s not true. Boris Johnson has said that he still wants to keep his proposals secret until they are revealed first of all to EU leaders, rather than to the commission, but we simply don’t know what the proposals are.

Sputnik: Is there still a chance of a no-deal Brexit? Or will Boris Johnson’s hands be tied by parliament?

Alan Sked: Although the opposition believe that his hands are firmly tied legally; Boris Johnson and other government ministers keep insisting that that isn’t the case and that the UK will definitely leave the EU on the 31st of October, but how he’s going to get round the Benn Act is again, another one of these mysteries.

Sputnik: Would a no-deal Brexit be as bad as Labour and the Liberal Democrats claim?