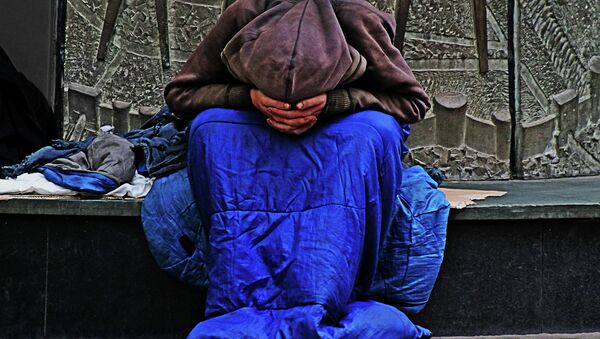 MOSCOW (Sputnik) – According to The Guardian newspaper, UK homeless charities called on the UK government to take measures on the issue and investigate the rising number of deaths among homeless people.

A total of 726 homeless people died in England and Wales in 2018, which is 22 per cent more than a year ago and the highest ever recorded rise in the death toll, the UK Office for National Statistics said on Tuesday.

"There were an estimated 726 deaths of homeless people in England and Wales registered in 2018, the highest year-to-year increase (22%) since our time series began," the office said in a statement.

About 88 per cent of the deaths were men, according to the Office for National Statistics.

Over 290 of the deaths, or 40 per cent of the whole number of cases, were linked to drug overdose. The number of such cases has risen by 55 per cent since 2017.