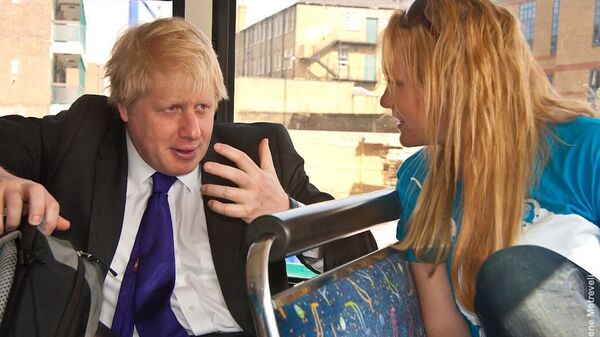 Svetlana Ekimenko
All materialsWrite to the author
As speculations are rife over UK Prime Minister Boris Johnson’s last-ditch attempt to get a Brexit deal over the line, allegations of misconduct arose last week regarding Johnson’s tenure as mayor of London, with the latter denying wrongdoing regarding his ties to an American businesswoman, whom he reportedly gave preferential treatment.

A laptop belonging to former American model Jennifer Arcuri, allegedly containing a wealth of personal data about her time with Boris Johnson, has reportedly been stolen, writes the Mirror.

The device is understood to have been grabbed in the UK within the past 10 days.

The 34-year-old blonde ex-model, who reportedly opened up to friends about her intimate affair with the UK Prime Minister, is said to be terrified the laptop might be “hawked around”, as it contains photos, emails and a calendar timetable linking back to her time with the then-Mayor of London.

One friend told the publication:

“Jennifer is extremely agitated and upset. Her laptop contains so much personal information covering the time she knew Boris. She is racking her brains as to what it may hold. These are pictures, emails and documents on the laptop which she is terrified could be hawked around if someone gains access to it.”

Allegations of misconduct arose last week regarding Boris Johnson's tenure as mayor of London, with him reportedly giving favourable treatment to former model and current owner of Innotech, Jennifer Arcuri, including inclusion in private trade talks and grants from state bodies of up to £100,000. 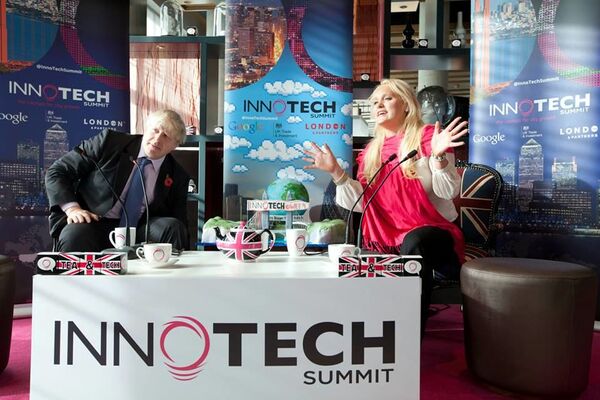 Boris Johnson, then-Mayor of London, speaks with Jennifer Arcuri at an event organised by her company, Innotech, in London on 30 October 2013.
© Photo : Facebook/Jennifer Arcuri

As a formal investigation has yet to be launched, Boris Johnson in a BBC interview on Sunday denied any wrongdoing regarding his ties to the American businesswoman.

Both have denied the claims made against them.

Johnson also came under more pressure over the past few days when journalist Charlotte Edwards claimed the Prime Minister had groped her and another woman at a lunch back in 1999.

Mary Wakefield, the wife of Boris’s chief aide Domonic Cummings, denied claims that she was the second woman.

Johnson, who was London's mayor between 2008 and 2016, has denied groping the reporter.

Boris Johnson is said to be gearing up to make a last-ditch appeal to EU leaders to get a Brexit deal done and dusted on time, with proposals for a new withdrawal agreement to be delivered to Brussels as early as the end of this week, reported the Independent.

Johnson is anxious to confer with key European leaders, who might display flexibility ahead of the 17 October crunch Brussels summit.
According to London, key to a deal will be securing the acceptance of Irish Premier Leo Varadkar and German Chancellor Angela Merkel. 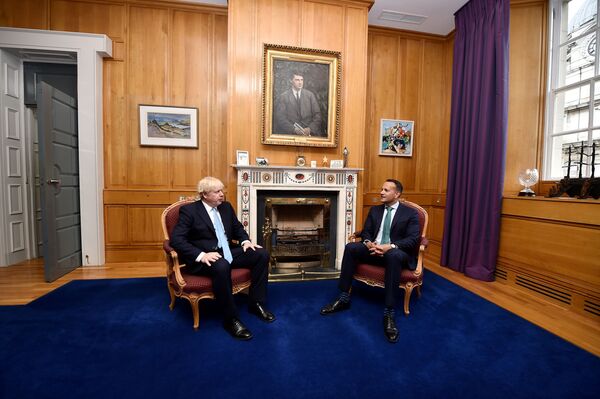 While cabinet ministers were reportedly not quite sure what Johnson has up his sleeve if his hopes for a deal are dashed, news has emerged that negotiator David Frost finalised a legal text of the UK proposals referred to by a senior government source as “game changing”.

The plan is reportedly known only to a small circle around Johnson and his chief adviser Dominic Cummings.

Previously, leading Remainer Dominic Grieve warned that the embattled PM could be dismissed within minutes by the Queen if he attempted to defy the new legislation, which requires him to seek a Brexit delay if he cannot strike an acceptable deal by the 19 October deadline.

Despite the legal requirement to seek an extension to Article 50 if no agreement is reached, Johnson continues to insist that he will take the UK out of the EU by 31 October, deal or no deal.