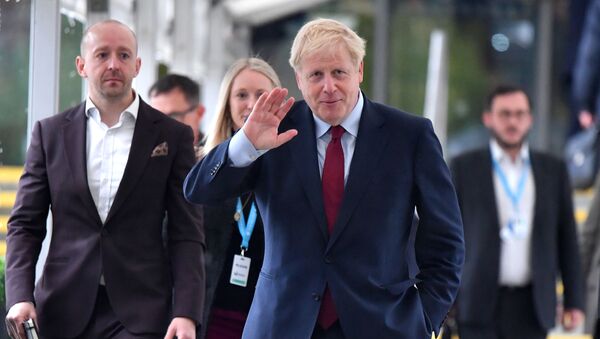 With the Brexit deadline fast approaching, UK Prime Minister Boris Johnson readies to reveal his Brexit proposals. This follows attmepts to ask the EU to remove the Irish backstop from the Withdrawal Agreement, to which they have asked for an legitimate alternative.

Prime Minister Boris Johnson said on Tuesday any necessary customs checks post-Brexit will not require any additional infrastructure in Ireland.

“Those checks don’t need to take place at the border ... they don’t need to involve new infrastructure” Johnson said during an interview with ITV.

“You must have checks of some kind. They can be checks between importer and exporter, the expediter and the recipient, there are ways of managing it that don’t involve physical infrastructure and aren’t laborious" he added.

​The statement comes as Johnson denied reports from Irish broadcaster RTE that the UK government suggested installing border posts a few miles from Northern Ireland border with the Republic of Ireland, an EU member.

​The PM also described the chances of reaching an agreement with the European Union as “good”.

Chris Stafford, a doctoral researcher at the University of Nottingham said regarding promises from to improve on the existing withdrawal agreement:

"Johnson has consistently said that he wants to get a much better deal for the UK, yet there has been very little evidence that he has actually tried. There has also been little in the way of suggestions. Johnson undermined and toppled Theresa May because he said her deal was bad, but has been unable to propose a credible alternative".

"It is therefore significant that he might be about to reveal what this alternative is. Although, if reports are to be believed, whatever he is proposing might not be successful anyway" he added.

This comes just as Johnson gears up to unveil his Brexit plans for a new deal with the EU which will bypass the strenuous Irish backstop issue, which Johnson has so far been unable to produce an alternative to.

Adding further pressure to the Prime Minister, he is now legislated to ask for an extension if he is unable to present an withdrawal agreement to parliament on 19th October. An extension which he has adamantly ruled out.

Former Prime Minister Theresa May's thrice defeated withdrawal agreement, which Brussels claims to be the only acceptable agreement, contains a “backstop” which would effectively keep Northern Ireland in the EU's Customs Union and Single Market and ensure that no hard border is erected Ireland.