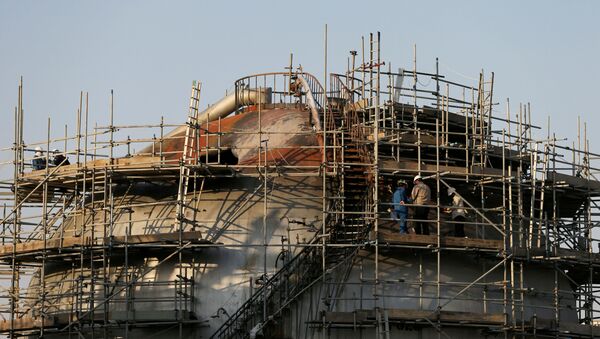 Earlier, Riyadh claimed that the projectiles that struck two key Saudi Aramco oil production facilities, in Abqaiq and Khurais, earlier in September were produced in Iran and were fired from the direction of Iranian territory.

Tehran considers the Houthis' attacks on oil facilities in Saudi Arabia to have been a defensive measure launched by what it considers to be the legitimate government of Yemen, Iranian Foreign Ministry spokesman Abbas Mousavi said.

In the early hours of 14 September, a drone attack targeted Saudi Aramco's Abqaiq and Khurais oil processing facilities, forcing the national oil company to shut them down. This resulted in a more than a twofold drop in Saudi Arabia's daily net oil output, as the country suspended the production of 5.7 million barrels of crude oil per day.

Although Yemen's Houthi movement has claimed the responsibility for the attacks, the United States and Saudi Arabia have put the blame on Iran. Tehran has denied having any role in the incident.

Yemen has been engulfed in an armed conflict between the government forces and the Houthi rebels for several years. The Saudi-led coalition has been carrying out airstrikes against the Houthis at President Abd Rabbuh Mansur Hadi's request since March 2015.