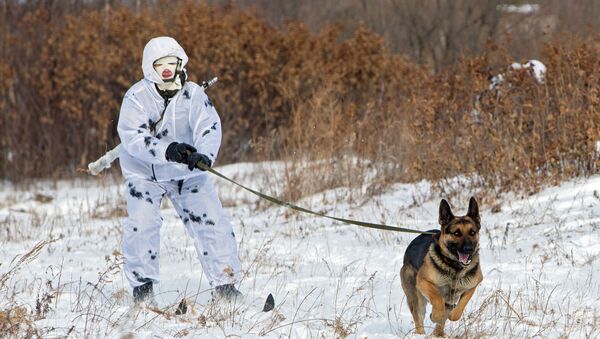 Russian soldiers have allegedly conducted a reconnaissance mission on the Spitzbergen Archipelago, including partially on the mainland of Norway, local media claimed, citing sources.

According to the AldriMer media outlet, citing sources in Norway intelligence and NATO, soldiers allegedly belonging to a Russian Special Forces unit were exploring local infrastructure while scouting the location.

The media outlet claims, citing sources, that US spy aircraft were carrying out aerial reconnaissance after which the US handed over images showing alleged Russian soldiers.

The Norwegian Defence Ministry declined to comment on the matter, the media outlet said, adding that an alleged emergence of Russian forces in this area could be linked to military drills conducted by elements of the Russian Navy, which has reportedly approached Spitsbergen.

From 1-9 August, Russia held the 2019 edition of its Ocean Shield military drills in the waters of the Baltic Sea. As part of the exercise, Russian Navy boats also carried out drills in the Norwegian and North Seas.

The Russian Defence Ministry said that the aim of the exercise was to train the activities of the Navy's inter-fleet group.

The 1920 Svalbard Treaty, also known as the Spitsbergen Treaty, grants the signatories equal access to the Spitsbergen archipelago. The treaty gave Norway sovereignty over the archipelago of Svalbard, known as Spitsbergen, but allowed signatories to retain rights to commercial activities on the territory. Russia is the only party, other than Norway, to currently exercise that right.

Russia also maintains a consulate in the town of Barentsburg on the Spitsbergen archipelago.