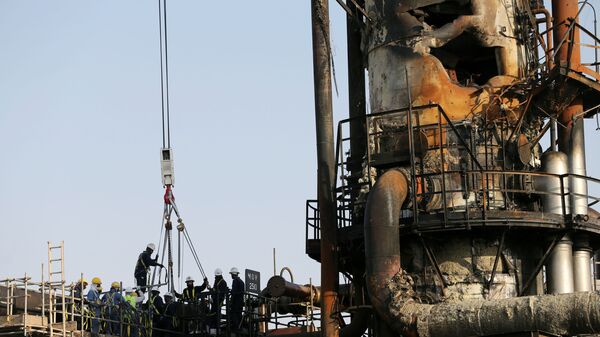 The video from the CCTV cameras show how the shells fall into the oil tanks, after which a conflagration breaks out on the territory of the plant.

In the early hours of 14 September, a drone attack targeted Saudi Aramco's Abqaiq and Khurais oil processing facilities, forcing the national oil company to shut them down. This resulted in Saudi Arabia's daily net oil output being cut in half, as the country suspended the production of 5.7 million barrels of crude oil per day.

Although Yemen's Houthi movement has claimed responsibility for the attacks, the United States and Saudi Arabia have put the blame on Iran. Tehran has denied having any role in the incident.